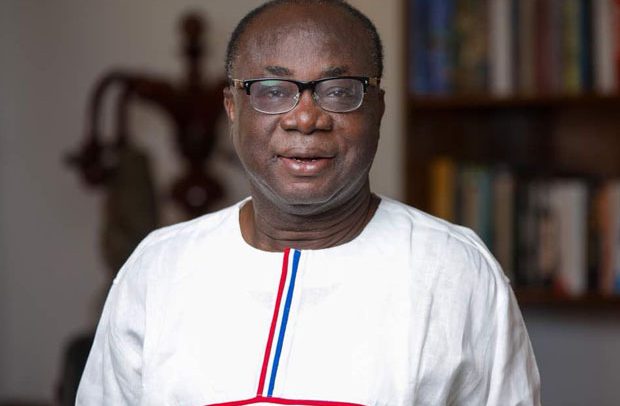 The National Chairman of the ruling New Patriotic Party (NPP), Freddie W. Blay, has predicted a one-touch victory for President Akufo-Addo in the upcoming general election.

“Nana Akufo-Addo is a man of integrity, the government is competent and for that matter, we will win the election one touch at the end of the day,” he said.

Mr. Blay said this during his visit to the Eastern Region on Thursday after interacting with the regional executives, constituency executives, MMDCEs and government appointees to ascertain their preparedness for the December 7 election.

He said “we are winning and have asked our members to be peaceful in the conduct of their campaign with decorum as part of our commitment towards a peaceful process.”

He said, “We have done a lot of work and we are very confident of winning this election, winning it convincingly with an overwhelming majority in Parliament.”

Mr. Blay admitted that the campaign had not been easy because of Covid-19 restrictions and said “we should all continue to observe the protocols in order to get rid of the pandemic.”

He said the NDC had gone back to their old ways of smearing the NPP with unfounded corruption allegations and urged the party’s members to remain focused to tout the achievements of the government.

“I will urge my party members, those in government to be careful because some people will resort to unfounded allegations of misconduct but we must stay focused and ensure a successful one touch campaign,” he added.