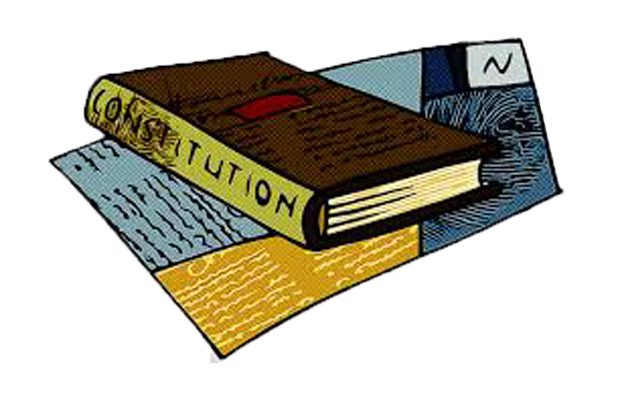 But the question is are these rights absolute and unfettered?  The obvious answer would be, “not at all”.  If every individual within the body politic rigidly insists on his or her rights societal cohesion would ground to a halt.

For the sake of societal cohesion, we cede most of those rights back to society or you risk been branded as nonconformist or anti-establishment.

The institution of marriage is the number one enemy to the free operation of these freedoms bestowed on us by the Constitution.  The moment one enters into a marital relationship the freewheeling of those freedoms like freedom of movement and association he/she enjoyed during his/her bachelorhood or spinsterhood days are immediately whittled away.  A married woman cannot undertake sporadic travels across the length and breadth of this country without the express consent of the husband and vice versa.

The “I know my rights women” who would attend any funeral at any corner of the country against the express wishes of the husband mostly end up as divorcees at the early stages of their lives.

Again, a marital partner can compel his or her partner to disassociate himself or herself from certain societal groups a partner deems to be a bad influence and therefore inimical to their relationship, and the party must comply else he or she risks losing the partner so can a partner compel his or her other half to disassociate himself/herself from his/her childhood friend and the partner must obey.

The normal societal norm is that if one willingly agrees to belong to some orgnanised groupings like churches, places of academic learning, or the chieftaincy institution etc the implicit understanding is that, that person would conform to the does and don’ts of that institution or be thrown out irrespective of whether these societal norms conflict with the one’s constitutional rights or not.  As a chef you cannot walk into any restaurant of your choice and order your favourite dish and consume it there.  It is a ground for destoolment, for the chieftaincy institution forbids chiefs from eating in public.  The story is told of a chief who travelled all the way from the then Brong Ahafo Region to Kumasi to attend the Akwasidae festival.   Because of the distance, they woke up so early in the morning so there was no room for breakfast.  Based on the previous years experience and upon the advice of the “Ahenkwah” they branched to a local eatery joint called “Chop Bar” in local parlance on their way to the durbar grounds and had their fill.   On their return home the chief was distooled on the report made by the same “Ahenkwah” that the chief has broken a taboo by eating in public, and was, even so, careless to have soiled “abusua” property, the cloth, whiles he ate.  This true previous occurrence demonstrates the fact that once you agree to be chief there are traditional sanctions that would impinge on your freedom of association and movement.  Hence you cannot decide to be a chief and later go to court to insist on your full rights as enshrined in the Constitution, that would be approbating and reprobating at the same time.

If there is one institution where most of these rights need to be ceded for the sake of conformity and discipline it is our schools.   Kids would be kids everywhere who would love to enjoy every lifestyle of their choice to the fullest.    We as adults and parents would be doing our kids a great disservice to allow our kids to lead any form of deviant behaviour which goes against the school’s code of conduct like encouraging our kid’s spot any type of a hairdo, dressing, or a particular form of abstinence in our second cycle institutions under the guise of protecting their constitutional rights to freedom of religion.  Have we forgotten that keeping these kids in boarding houses which demands that a child in boarding house needs special permission from his housemaster to go to town also infringes on their rights to freedom of movement?

Everybody in Ghana yearns to take his or her ward to the so-called category ‘A’ schools.   Most of such so-called categories ‘A’ schools were set up by religious institutions so these schools were founded and run on the bedrock of discipline uniformity and conformity.  Discipline entails curtailing the unbridled rights of the child and uniformity and conformity allow no differentiation between the rich and the poor child or religious identification in all forms and shapes.  So if a person wants to enjoy the benefits accrued from the ethic of a good behavioural partner infused into the child then he or she has to let his or her ward comply with the rules and regulations of the school or get out, if you can’t stand the heat you have to get out of the kitchen.

We as parents need to think for our kids, not the other way around.  So to allow children of school-going age to defeat the concept of uniformity by looking different from the rest of their peers under the guise of protecting their rights to freedom of religion is stretching the issue of human rights too far.

The writer is a practising lawyer and also holds a 1st degree in political science and philosophy.