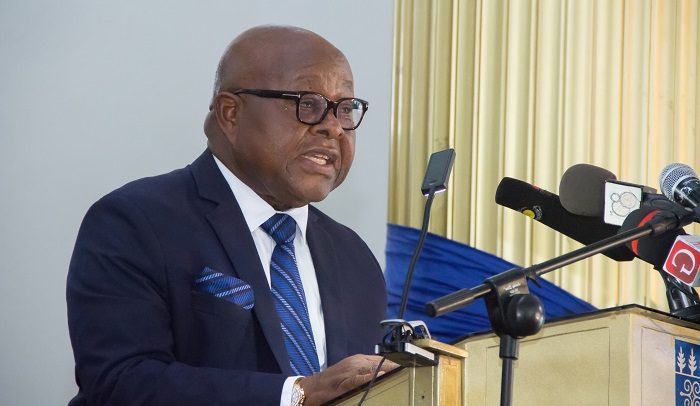 The Speaker of Parliament, Prof. Aaron Mike Oquaye, has observed the need for all persons who contributed to Ghana attaining independence to be celebrated and not a single individual.

According to him, all the founding fathers of Ghana deserve to be honored and not former President Kwame Nkrumah alone.

He was delivering a keynote address at the public lecture on the Founders’ Day celebration held by the Ministry of Information on Tuesday, August 4, 2020.

He said emphatically that “Independence was not a one man show, it was a collective effort.”

He stated that it is important to appreciate all the ingredients that made this beautiful melody.

According to him, although Kwame Nkrumah fought immensely for independence, he was not alone in the trenches during the independence struggle.

The Speaker also highlighted some weaknesses exhibited by Nkrumah and the efforts made by other members of the Big Six to improve the foundations of Ghana.

Key among Nkrumah’s weaknesses, he said, was his disregard for fundamental human rights and capitalism.

August 4th was enacted by the Parliament of Ghana as a public holiday in accordance with the public holidays (Amendment) Act 2019, (Act 968).

The day is to celebrate the Founders of Ghana and afford Ghanaians an opportunity to reflect on the sacrifices of their forebearers in the fight for independence.

Activities for the day are also expected to encourage others to commit their lives to sacrifice for the nation.

The Speaker recounted a meeting between Nkrumah and members of the UGCC in Saltpond in the Central Region where he said Nkrumah rejected a proposal for the promotion of fundamental human rights.

Present at the public lecture were ministers of State, Chief of Staff at the Presidency, Frema Akosua Osei Opare, traditional and religious rulers.

The public lecture was chaired by the Overlord of Dagbon, Ya Naa Abukari Mahama II.