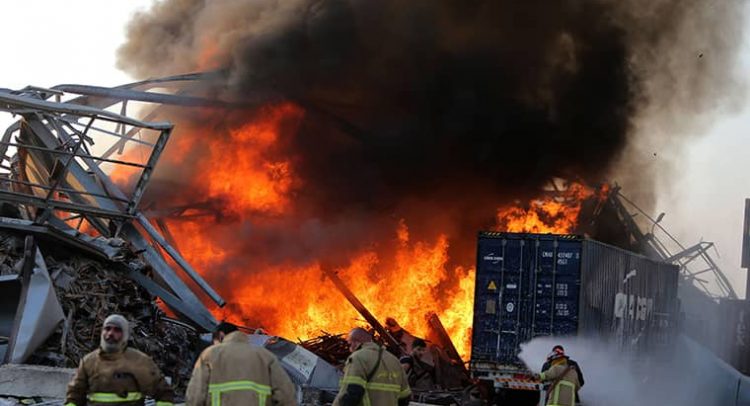 Hundreds of persons have been hospitalized in Beirut, the capital of Lebanon after a power blast on Tuesday evening, August 4, 2020.

According to State-run NNA news, several others are feared dead.

Local media reports say
the secretary-general of the Kataeb political party, Nazar Najarian, was killed in the explosion.

Reports say Najarian was in his office when the explosion occurred and died after being critically injured.

The explosion reportedly shattered glasses and damaged buildings miles from the site.

The injured are being taken to the American University of Beirut Medical Center, reports say. But the health facility is accordingly unable to receive more patients, partly due to blast damage.