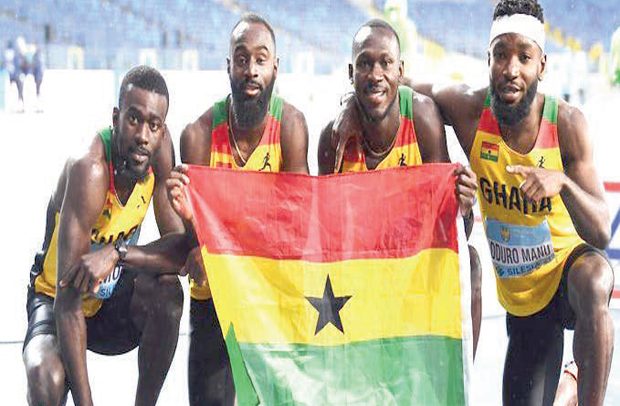 INVESTIGATIONS ARE underway to help unearth what led to Ghana’s disqualification from the men’s 4×100 relay finals at the Commonwealth Games in Birmingham.

Team Ghana, as a reminder, made it to the finals of the men’s 4x100m race after finishing third in the semi-finals with an impressive time of 39.05s.

But Ghana’s hope of at least winning a medal in the finals was dashed afterwards as the team was disqualified for committing a huge blunder.

Team Ghana, reportedly, made last minute changes in its quartet for the race without alerting games officials as required by law.

But on the tracks during the race, Rasheed Sameenu was rather in the place of Joseph Paul Amoah, without games officials being informed.

The Ghanaian officials, DAILY GUIDE SPORTS has learnt, decided to allow Sameenu to run in the place of Amoah, who had then qualified for the 200m finals, to rest for the race.

However, there was a mishap as Team Ghana officials failed to inform game officials about the last minute changes, resulting in the disqualification.

Meanwhile, Frederick Acheampong has expressed disgust over the disqualification, which, he said, has wasted the years of training and efforts of the athletes.

“The Chef de Mission of Team Ghana has requested for a thorough report from the Ghana Athletics Association leadership and coaches to understand the circumstances that led to disqualification of the team and denial of a lifetime opportunity for the relay team.

“We are determined to get to the bottom of the issue and ensure that necessary actions are taken and the required lessons are learnt from the episode,” Ache disclosed in a statement.