Give Priority To Job Creation SMEs In Disbursement Of Stimulus Package 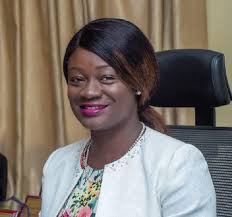 The Network of Associations of Registered NGOs in Ghana (NARNGO), is calling on government to give priority to Small and Medium Scale Enterprises (SMEs) with a focus on creating jobs in the disbursement of its stimulus package.

It also appealed to government to consider development-oriented NGOs and religious bodies that were social service inclined in the disbursement process to help provide relief for the needy and vulnerable in the society.

A statement issued by the group and signed by Kofi Lucas, the Founding Father and President of the association, said with no upper limits and or minimum amounts set with regards to loan sizes, the need, circumstance and repayment capacity would determine the size of loan awarded to beneficiaries.

It said it is therefore imperative that jobs creation, social interventions and the capacity to pay back the loan are prioritised.

“The most important thing government must look out for is any concept that can create jobs, have social interventions and pay back the loan.

“We are of the view that two groups be considered: SMEs that are profit oriented on one hand and development NGOs and religious bodies that are not profit oriented but rather social services inclined on the other hand,” the statement said.

Government, in April, announced a GHC600 million stimulus package targeted at SMEs to cushion them from the effects caused by the COVID-19 pandemic.

In addition, it announced that it was mobilising partners in the banking sector to support the fund with a supplementary GHC400 million, bringing the total to GHC1billion.

The facility is to be managed by the National Board for Small Scale Industries (NBSSI), with KPMG as its technical partner.

Beneficiaries of the facility are expected to pay an interest of three per cent, with a one year moratorium before repayments are made over a subsequent two years.

No Mass Gathering At Nana’s Acclamation