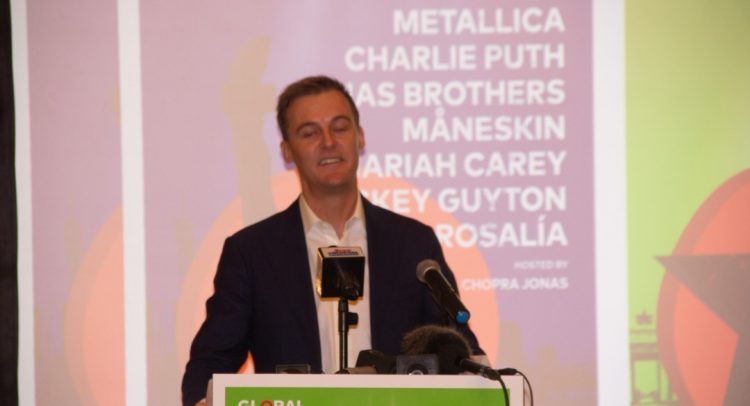 On Friday 12th August 2022, the international advocacy organisation, Global Citizen officially launched their Global Citizen Festival: Accra, taking place on 24th September at the Black Star Square at the Kempinski Hotel, Accra.
Global Citizen is an international advocacy organisation and a global movement with a mission to defeat extreme poverty NOW, defend the planet, demand equity and achieve the U.N. Global Goals.
The organisation researches and selects causes to support, and then suggests actions for its members to take in support of those causes. This can include sending tweets to organisations like the United Nations in support of reducing pollution, signing petitions to support gender equality, sending pre-written emails to politicians to increase international aid, or providing rewards to encourage people to get involved.
Dating back to its roots, Global Citizen was founded in 2008 as the Global Poverty Project in Melbourne, Australia and has since opened additional offices in London, Berlin, Toronto, Lagos, and Johannesburg and is now headquartered in New York. The advocacy organisation in 2018 traveled to South Africa to celebrate Nelson Mandela’s centennial. This year’s Global Citizen Festival: Accra builds upon this continued expansion of Global Citizen’s pan-African movement, following their recent festivals staged in South Africa and Nigeria.
The official launch event of their festival and expansion to Ghana was dubbed ‘’GLOBAL CITZEN FESTIVAL ACCRA’’ and held at the Kempinski Hotel – Accra on 12th August 2022. Speaking at the event, Liz Agbor-Tabi, vice president global policy had this to say: ‘‘…We’ve gathered today to share with you our exciting plans for the Global Citizen Festival: Accra, taking place right down the street at the iconic Black Star Square on September 24th 2020. Black Star Square represents a beacon of democracy, independence, and equality. Built as a symbol of independence it will not only be hosting the Global Citizen Festival this year, but also Ghana’s 65 Years of Independence celebrations.
Also present at the launch event was the C.E.O and Co-Founder of Global Citizen Hugh Evans, the Deputy Minister for Finance Hon. Charles Adu Boahen, Bozoma St John, our Advisory Board Member and Ghanaian Diaspora, Gyakie, and Nakeeyat Dramani Sun – a rising young African star. Hugh Evans (CEO and co-founder) had this to say when he took the stage: ‘’… as we mark the 10th anniversary of the Global Citizen Festival, we’re proud to be bringing the Festival to Accra – to add to the $41 billion in commitments we have secured over the past decade from governments, the private & philanthropic sectors, that have impacted over 1 billion lives around the world.’’
Decades of systemic and political failures have led humanity into the midst of converging and rapidly deteriorating crises. The most marginalized populations are paying the price of the stagnant inaction of world leaders, and now millions of lives, and the future of our planet, are at stake.’’ He further said ‘’ Globally, the disproportionate impact of the Covid-19 pandemic has pushed nearly 100 million more people into extreme poverty; I visited a community here in Accra yesterday who shared with me that petrol prices have doubled, the cost of milk has doubled in the past six months. This is going to affect everyone. It’s not okay that the poor continue to bear the brunt of the failures of these systems – debt shouldn’t be higher in the developing world than it is anywhere else in the world!’’
For his closing, the C.E.O reiterated Global Citizens’ focus for this campaign which is calling on leaders to:
·         Invest in the future of girls, because we know they are the key to ending extreme poverty;
·         Close the climate finance gap, and deliver on the promises made in the Paris Agreement;
·         Alleviate the global food crisis, by uplifting smallholder farmers across Africa; and
·         Relieve the massive debts that are unjustly crushing economies, because our collective future depends on it.
The honorable deputy minister of Finance Charles Adu Boahen expressed Ghana’s delight to host the Global Citizens festival. The country commits to working together with Global Citizens so we can help accelerate progress towards the realisation of the UN’s Sustainable Development Goals he said.
The Global Citizens Festival Accra launch would be climaxed with a music performance by an amazing lineup of artists including Usher, Gyakie (JACKIE), H.E.R, Sarkodie, Stonebwoy, Stormzy, Sza and TEMS. This music festival would be held at the Black Star Square on 24th September 2022 and is a free ticketed event. 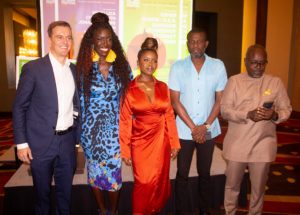 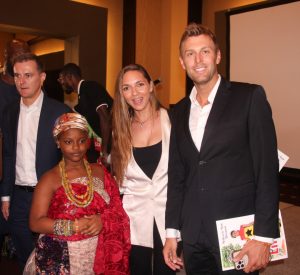