One state agency which has over the years been denied the necessary logistics to undertake its mandate of fighting and preventing fires is the Ghana National Fire Service (GNFS).

Until recently when the National Democratic Congress (NDC) departed from the helm, firefighters could only dream about modern gadgets such as hydraulic platforms, effective oxygen masks and appropriate gear for confronting fires. Personnel only saw modern fire tenders in glossy advertising magazines of manufacturing companies in Europe and elsewhere.

Thankfully, orders have been made for the new modern firefighting gadgets, DAILY GUIDE has learnt. Until then, the GNFS can only manage fire academy grade fire tenders.

The fault line in firefighting in the country could not have been more visible than last Sunday when the Ghana Revenue Authority (GRA) headquarters annex went up in flames. It was a Sunday, yet several hours elapsed before the fire was doused.

It was a fire which tested the efficiency of the gadgets of the Service, personnel’s response to emergencies and coordination with related services such as the Armed Forces Fire Service and the Aviation Fire Service.

Fire engines were spotted, leaving the fire scene to replenish depleted water in their tanks. It was clear therefore that there were no fire hydrants in the vicinity or perhaps the one available could not satisfy the requirements of the operation.

The Greater Accra Regional Police Operations Commander, Chief Sup/Mr. Kwesi Ofori, tried several times to have the Aviation firefighters with their better equipment join the fight. That he was the one trying to do this evidenced another fault line.

Eyewitnesses showered verbal abuses on the firefighting team because in their opinion they were inefficient. They could be pardoned for their ignorance. When a fire takes an unusually long period to subdue, doubts are expectedly cast about either the quality of equipment being used or efficiency of personnel.

The high rise fire tender which was fighting the blaze from the façade of the structure did not appear to be winning the fight; the jet of water too low in pressure to douse the flames. The bottom line is that the GNFS requires retooling, something happily Deputy Interior Minister Henry Quartey said government is already doing.

He watched the firefighters in operation throughout the many hours of razor edge suspense and learnt a lot about the challenges of firefighting with obsolete equipment.

The public hardly understands the work of firefighters; ignorantly thinking they only put out fires. The response to other emergencies such as disengaging trapped human beings in mangled vehicles during accidents and in pits among others are some of the assignments of firefighters.

Unconfirmed information has it that the GRA ignored warnings from the GNFS about some practices which constituted breaches.

The GNFS’ enforcement authorities are hardly applied, a deficiency which under the circumstances must be relooked at.

The report from the ongoing investigations into the fire must serve as basis for the adoption of fresh safety precautions for public buildings.

Cynics may ask whether anything in terms of lessons came out of previous reports, especially the Circle fire disaster which claimed dozens of lives. 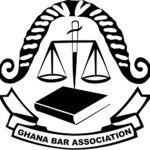 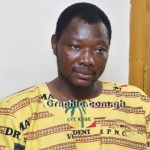