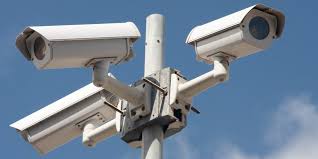 The government is to install security cameras on major highways in the country, Director-General of the National Road Safety Authority (NRSA), Mary Obiri Yeboah has hinted.

She explained the move was to monitor and check driver negligence and indiscipline, which remained major cause of surging road accidents and fatalities in the country.

Mrs. Obiri-Yeboah said discussions were ongoing between road sector agencies and relevant institutions, saying such security cameras would be installed on identified accident prone highways possibly by the close of the year.

“The installation would be done on pilot basis to assess the impact”, she said, and advised drivers to comply with all road safety regulations in order not be found wanting.

Mrs. Obiri-Yeboah gave the hint when she interacted with commercial drivers and transport unions at a stakeholders meeting in Sunyani, as part of her two-day working visit to the Bono Region.

She explained she was in the region to build institutional support towards the regulatory mandate of the Authority.

“The Driver Vehicle and Licensing Authority (DVLA) is also working hard on its automation project. The NRSA would also work on similar automation project and all these are geared towards checking driver indiscipline to bring sanity on the road” she said.

Mrs. Obiri-Yeboah emphasised it was not the intention of the NRSA to frustrate commercial drivers, but to control road crashes and advised drivers and transport unions to cooperate to bring sanity on the roads.

200 Vie For MMDCE Positions In Ashanti