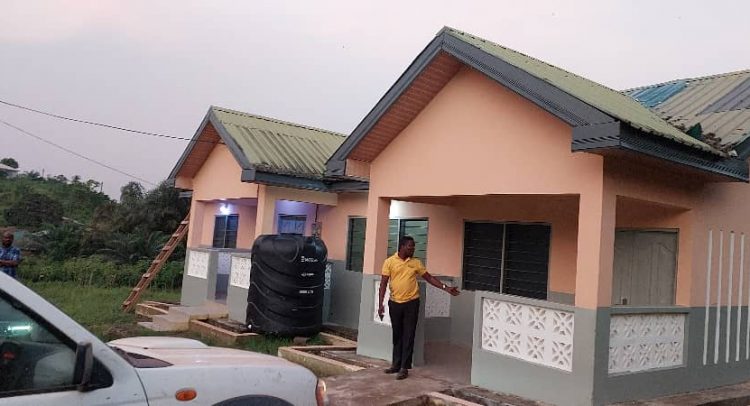 Josewith Company Limited, contractor of the Akango Community Health Planning and Services (CHPS) compound in the Nzema East Municipality of the Western Region has confirmed that the project was built by the current government and not any individual.

The company has therefore debunked assertions by some activists of the National Democratic Congress (NDC) that, Kofi Arko Nokoe the NDC MP for the area constructed it.

Setting the records straight in a radio interview, the Chief Executive Officer (CEO) of the construction company, Joseph Withland Eshun made it clear that the project, belonged to the Ghana Health Service (GHS) and was funded by the government.

“So it is not true that the MP for the area funded or constructed the project as its being asserted by some people in the Nzema East Municipality”, he added.

Speaking to Axim-based Nzema FM, the contractor explained that the project has been completed and would soon be inaugurated after officials from the GHS had inspected it.

The host of the programme, Nana Asamoah Sarpong asked “contractor but the NDC members are saying the NDC MP will soon commission the project because he constructed it”.

Mr. Eshun denied the assertion and stressed that the project could only be commissioned after the GHS had inspected it and given the go-ahead for it to be commissioned.

He, however, explained that at a point the NDC MP met him in Takoradi and told him that he ( the contractor) should do well and complete the project because the constituents needed it.

According to the contractor, he told the MP that the project was at an advanced stage but left with a borehole that would serve as a source of water for the facility.

“So the MP later gave GHc20, 000.00 for the construction of a borehole and extension of electricity to the site”, he revealed.

The contractor mentioned that he later got sick and so he could not immediately carry out the borehole project.

“Then I later had a call from the MP threatening that he would let the police arrest me if I don’t complete the project for his people”.

“I explained to him that I was sick and told him that he has not given me any contract for him to put pressure on me to complete it. I later deleted his number from my phone”, he added.

He noted “Now I have completed the project and I have heard the MP wants to commission it because he wants votes from the people. But I want to assure the residents that the GHS will officially commission it very soon.”