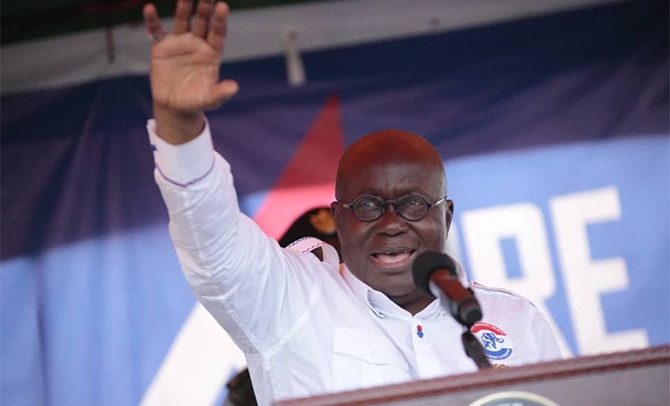 For the first time since Ghana’s fourth republic in 1992, the governing New Patriotic Party (NPP) is having its presidential candidate make significant gains in Hohoe, a stronghold of the opposition, National Democratic Congress (NDC).

Provisional results from the collation centre in the Hohoe constituency has seen President Akufo-Addo securing 14,379 votes as against 6,869 votes he got in 2016.

Many residents and political watchers have described the results as historic.

The real history to be made is the projection of a win for the NPP’s candidate; John Peter Amewu who is the Energy Minister in the current government.

He is tipped to flip the Hohoe seat (traditionally NDC) to the NPP for the first time since the start of the fourth Republic in 1992.

Provisional results from 117 out 124 polling stations in the Constituency put Mr. Amewu in the lead with 24,074 votes as against the NDC’s Prof. Margaret Kwaku 19,883 votes.

If confirmed, Mr. Amewu will be the only NPP MP in the next Parliament from the Volta region, as the NDC is most likely to retain the remaining 17 seats.