‘I Am Not Going To Train’ 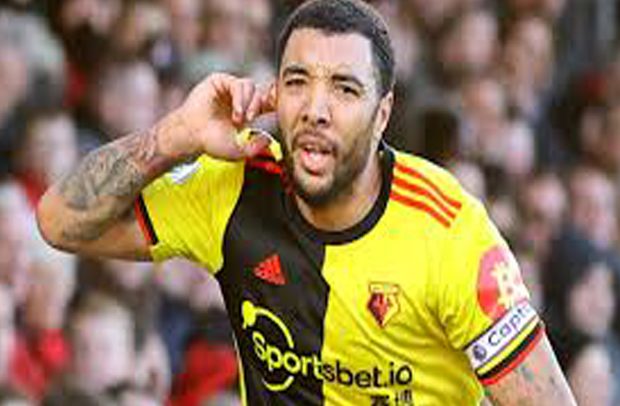 Watford captain Troy Deeney says he will not return to training because he fears for his family’s health amid the coronavirus pandemic.

Deeney does not want to put his baby, who has had breathing difficulties, “in more danger” and has raised concerns over the increased risk to black, Asian and minority ethnic (BAME) players.

Watford are not due to train on Tuesday and it is understood the club do not have a problem with Deeney’s stance.

In an interview with The Times at the weekend, manager Nigel Pearson expressed his own concerns about the situation and said he would not insist on players reporting for training.

Speaking to Eddie Hearn and Tony Bellew on Talk The Talk YouTube show, Deeney added, “It only takes one person to get infected within the group and I don’t want to be bringing that home.

“My son is only five months old, he had breathing difficulties, so I don’t want to come home to put him in more danger.”

The Office for National Statistics says black men and women are nearly twice as likely to die from coronavirus as white people in England and Wales.

Last Wednesday, Deeney was in a meeting with the Premier League, other team captains and medical experts.

He said, “My problem was in the meeting, I asked very simple questions.

“For black, Asian and mixed ethnicities, they’re four times more likely to get the illness, they’re twice as likely to have long lasting illnesses – is there anything extra, additional screening, heart stuff to see if people have got problems with that? No. OK, well I feel that should be addressed.

“I can’t get a haircut until mid-July but I can go and get in a box with 19 people and go and jump for a header and nobody could answer the questions, not because they didn’t want to, just because they don’t know the information.

“So I said if you don’t know the information, why would I put myself at risk?”

At Monday’s meeting, Premier League clubs agreed to stage one of the return-to-training protocols.