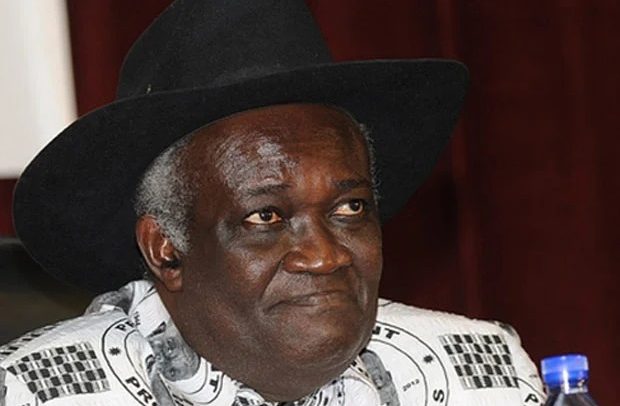 According to him, this was part of a strategy to ‘tame’ Mr. Rawlings, who had become a thorn in the flesh of the late President John Evans Atta Mills, who was going to announce his resignation as a result of constant public criticisms he received from the NDC founder.

Mr. Rawlings coined the term ‘Babies with Sharp Teeth’ in reference to young NDC office holders who were ready to ‘devour’ anyone who dared to criticize the NDC administration.

“It worked and the strategy proved effective. Rawlings toned down on his public criticism of President Mills. Instead, he turned his anger on the young ‘boys and girls’ who were talking back at him whenever he criticized President Mills publicly,” Prof. Ahwoi revealed.

The revelation, which is contained on page 211 of his book entitled: “Working with Rawlings”, has since stoked fire in the main opposition party, with ex-President Rawlings serving notice that he would soon deal with the “callous agenda of bile by the likes of Kwamena Ahwoi.”

Prof. Ahwoi revealed that he, Captain Kojo Tsikata (rtd) and Kofi Totobi-Quakyi, who were trusted advisors of President Mills, sat and planned the so-called taming “strategy”, explaining that “the strategy we adopted to achieve this objective was simple enough.”

“From our knowledge of President Rawlings, we knew that he could not stand being talked back to by people he considered his subordinates,” he indicated in the book.

The former minister added “this must have been due to his military background because in the military, the subordinate never talks back to his superior officer.”

“So what we decided was that any time President Rawlings attacked or insulted President Mills publicly, one of the young members of the party would take him on publicly, not with insults but with logic.

“It worked and the strategy proved effective. Rawlings toned down on his public criticism of President Mills. Instead, he turned his anger on the young ‘boys and girls’ who were talking back at him whenever he criticized President Mills publicly,” the Professor recounted.

He said this shifted the attention of the NDC founder from the late President to the likes of Felix Kwakye Ofosu, Samuel Okudzeto Ablakwa, Kojo Twum Boafo and others, whom he described at a public rally later as ‘Babies with Sharp Teeth’. “The name stuck, but the Presidency of Professor Mills was saved,” he added.

On August 30, 2012, the NDC founder, after becoming inundated with verbal onslaughts on his character and person, stated “it is said that we should not throw out the baby with the bath water, but what do we do when some of the babies in the tub are babies with hard teeth, biting and spewing some very horrible invective?”

“Should they not be lowered out with the dirty water? After all, one bad nut is all it takes to spoil the taste in your mouth,” Mr. Rawlings, who is popularly known as Papa Jee, asserted at the party’s special delegates’ congress in Kumasi, not knowing the actions of the ‘young boys and girls’ were sanctioned and commissioned by some power brokers of the then NDC administration.