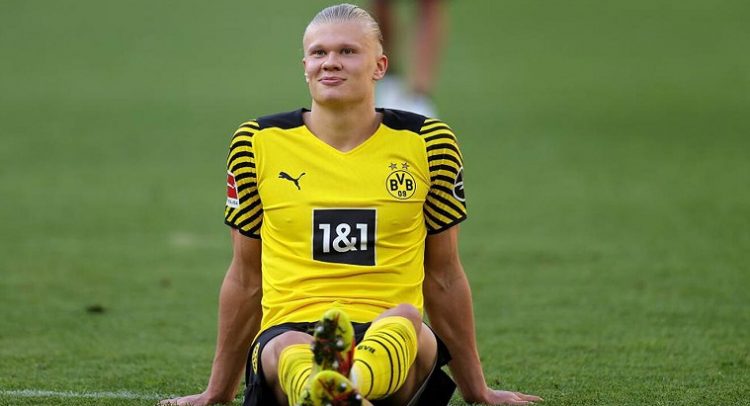 City confirmed on Tuesday they triggered Haaland’s £51 million release clause, and the 21-year-old will join the club on July 1, subject to agreeing on personal terms.

After Liverpool beat Aston Villa 2-1 at Villa Park through goals from Joel Matip and Sadio Mane to move level on points with City having played a game more, Klopp was asked how much Haaland will improve Pep Guardiola’s side.

“A lot,” he replied. “Good player, good player. City was never and will never be a team who wins games because of one player. They have a specific way to play.

“Erling will realise all of a sudden he will score a lot of goals on the second post where he just puts a foot on it. He will love that. He will have other situations. He’s a real beast. He was injured a couple of times at Dortmund, but when he’s fit, he’s a real beast. Unfortunately, a really good signing,” Klopp stated.

Liverpool came from behind to beat Villa after Douglas Luiz’s third-minute strike, and Klopp insisted they will continue to fight to the end, despite competing on three fronts with Saturday’s FA Cup Final against Chelsea.

“In my mind, we were six points behind City before the last game, and then we won and they lost, and we were only three points behind,” said Klopp.

“So with that mindset, I came here today. It means we are still chasing like mad. Honestly, maybe it is because I am a bit dumb, but it works brilliant. The boys are invited to follow that path, so yes; we don’t waste energy really to think ‘hopefully they lose’. We just know we have to win. That didn’t change at all.

“Now we have to recover, really recover and play the FA Cup final, because obviously there is no mercy nowhere, because this situation we make ourselves by qualifying for all finals, which is absolutely massive,” he added.

GFA Gets Tough On Betting Players