‘Killer Driver’ Reports Himself to Police 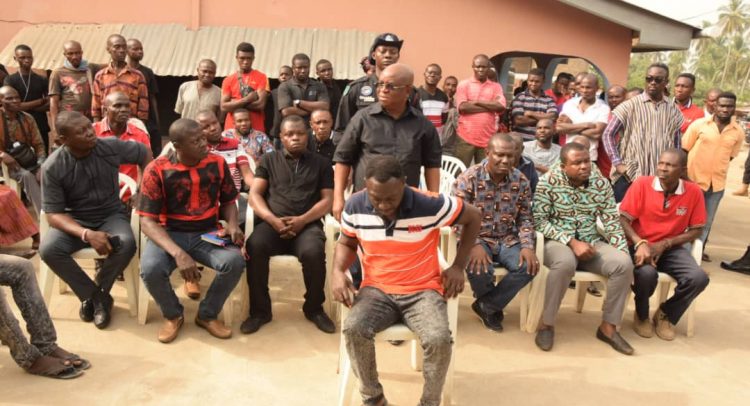 The driver of the Ho West District Assembly who is alleged to have mistakenly killed a resident of Dzolo-Gbogame on Wednesday, January 22, 2020 has reported himself to the Police.

John Agbeli is reported to have voluntarily reported himself moments after mistakenly running over the shop owner identified as Wisdom Dake.

The unfortunate incident happened when the driver in the company of a revenue mobilisation team from the Ho West Assembly were retrieving tax from defaulters in the distirct.

The Public Relations Officer of the Volta Police Command, Corporal Prince Dogbatse, confirmed that the driver is still in the custody of the Anyirawase Police Station which is also the Ho West District Police Headquarters.

Mr Dogbatse who refused to give details of the driver’s side of the story said “the driver is assisting the Police with investigations.”

He added that enough men have been deployed on the ground and calm has returned to Dzolo-Gbogame and the entire district.

He noted that the investigations will also cover the violent protest by the angry youth which led to the destruction of property at the assembly.

The youth blocked the entrance, destroyed a motorbike and made away with some property while they chased the District Chief Executive (DCE), Ernest Victor Apau and his staff out of office.

In a related development, the Volta Regional Minister, Dr. Archibald Letsa has led a delegation including the DCE and MP of the Area, Emmanuel Korsi Bedzra to commiserate with the bereaved family and the entire community.

The Minister assured them that a thorough investigation will be conducted to get to the bottom of the matter.

He therefore encouraged the community to feel free to volunteer information to the Police to hasten the investigation process.
He expressed disappointment in the vandalism and appealed to the youth to remain calm.

The residents expressed gratitude for the show of concern and promised to coorperate with the security agencies and the district assembly.

They stressed that justice must be served to ensure the incident does not repeat itself.
Meanwhile, the assembly has called off the planned inauguration of the newly elected Assembly Members, which was scheduled for last Thursday, January 23, 2020.

The DCE, Ernest Apau said, the incident disrupted most of their preparations and some of the staff are yet to recover from the trauma. Be that as it may, he is confident the inauguration will happen in good time.