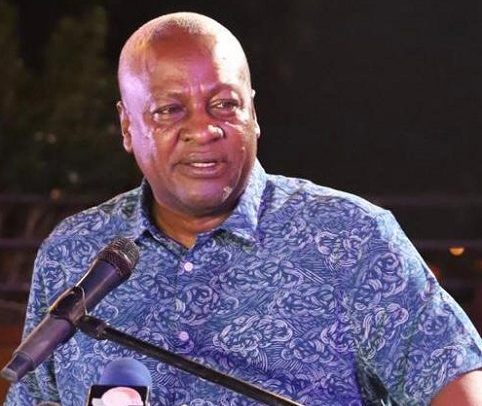 FORMER PRESIDENT John Dramani Mahama has stated that the National Democratic Congress (NDC) is mobilising support from its professionals to win the 2024 general elections.

According to him, the NDC boasts of competent, hardworking and visionary personalities who are working hard to win the next polls.

In this regard, the former President has urged members of the NDC Professionals Forum (Pro-Forum) to position themselves properly as election 2024 approaches.

He said the NDC has a greater chance to unseat the non-performing New Patriotic Party (NPP) administration and form the next government.

“Our comeback to power in 2024 is necessary because majority of the citizenry are calling for a change as they are fed up with the NPP’s poor governing style,” he stated.

The programme was held at the Anita Hotel in Ejisu on April 29, 2022 and it attracted scores of top-notch NDC members from the Ashanti Region and beyond.

Continuing, Mr. Mahama stated that the Professionals Forum, the intellectual wing of the NDC, is an affiliate and a great asset of the largest opposition party in the country.

The former President added that “the NDC has some of the brightest minds with the expertise to guide the party to regain political power during the 2024 elections.”

According to him, President Nana Akufo-Addo has failed to implement his numerous promises, noting that the NDC remained as the best alternative to rescue Ghana.

Asiedu Nketia, on his part, stated emphatically that the programme was held to set the grounds for the NDC professionals to rescue the party during election 2024.