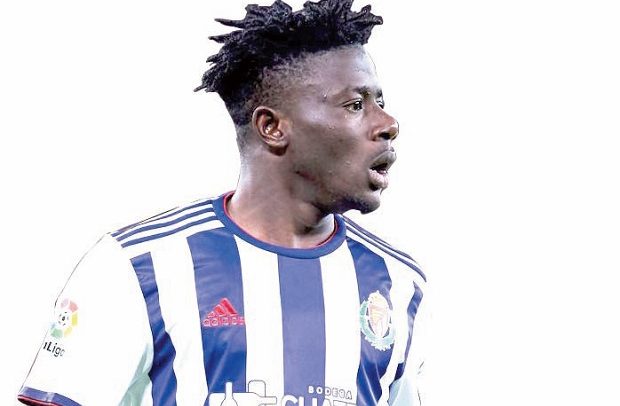 Manchester United have received a major boost in their pursuit of Mohammed Salisu with the youngster reportedly refusing to sign a new contract at Real Valladolid.

The Premier League outfit have been impressed by the 20-year-old Ghanaian centre back and are readying a move after learning of his £10million release clause.

The La Liga outfit are eager for him to sign a new contract but it appears the player is holding out for a move to the Premier League after refusing to put pen to paper on a new deal.

Mohammed Salisu has impressed for Real Valladolid, with Manchester United eyeing a move

Mohammed Salisu has impressed for Real Valladolid, with Manchester United eyeing a move.

Valladolid’s sporting director Miguel Angel Gomez said, “Salisu perceives the love of the club because we have made three contracts in 13 months.

“He knows that he is an important player and that we would like to proceed with that renewal, but today there is a standstill.”

The Ghanaian youngster only signed his current deal in May and it is due to expire in 2020.