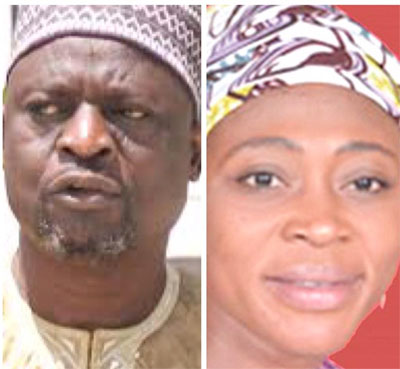 The Sagnarigu Municipal Chief Executive (MCE) in the Northern Region, Mariam Iddrisu, and the Member of Parliament for the Sagnarigu Constituency, A.B.A. Fuseini have clashed over a One Village One Dam project site at Sanga in the Sagnarigu municipality.

The Member of Parliament for the Sagnarigu Constituency has claimed responsiblity for the construction and maintenance of the said dam in the sanga community.

According to him, the governing New Patriotic Party(NPP) was deceiving residents by claiming that the dam was being constructed by the party and that it is 80 percent completed.

“The dam is in existence since last year and resident have been drinking water from it so there cannot be any truth in what they are claiming,” he said.

He accused government of peddling falsehood, adding that governance was about continuity and that there was nothing wrong with government deciding to continue the dam project in the community but they should be honest to the residents.

Meanwhile, the Sagnarigu Municipal Chief Executive has disputed the claim that the NPP government did not construct the dam at sanga as part of its One Village One Dam project.

“I do not know why A.B.A Fuseini is trying to claim credit for the sanga dam knowing very well that he did not construct the dam,” she said.

She called on the Sagnarigu MP to desist from “lying” to Ghanaians in the name of discrediting the One Village One Dam project.

Mrs. Iddrisu accused the MP of sabotaging the project to ensure that beneficiaries of the dam do not appreciate the efforts of government.

“The NDC are bent on sabotaging the 1V1D project but I assure that it will never work because the beneficiary communities appreciate the projects”.

About 174 One Village One Dam (1V1D) projects are under construction in the Northern Region.