My Tenure Is Not Over, Stop Sabotaging Me – Underfire Ofosu-Ampofo Slams Asiedu Nketia 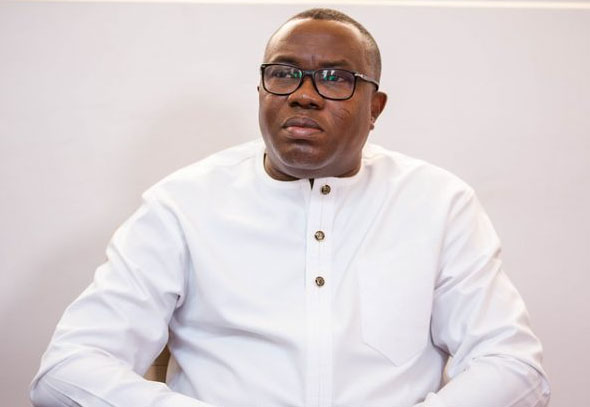 According to him, he has better track record as incumbent National Chairman than any other person thinking of unseating him.

He mentioned that under his tenure, the opposition party has become a formidable force to reckon with and very attractive.

Speaking on Asempa FM on Thursday, September 22, 2022, Ofosu-Ampofo strongly believes that he is going to be maintained as the chairman as he is more focus on wresting power form the ruling New Patriotic Party (NPP) in 2024.

He said “Nothing will change about the chairmanship of the NDC. The track record is there. The performance is there. We have made the party attractive, things that are happening in the NDC today, since 1992 some have not happened before.

The former Local Governmen Minister highlighted some of his achievements mentioning that “Today, when we are doing branch elections. national officers and Members of Parliament are there to supervise the election. It is unprecedented in the history of this country [and] it is under my watch and I believe that the NDC is moving from strength to strength. 2024, we are going to see an NDC which will form the next government.”

According to Mr. Ofosu Ampofo, he is unaware that Asiedu Nketiah will be challenging him, saying he would pick forms to seek reelection when the party opens nominations.

“I don’t know anything. What I know is that my tenure as chairman is not over… I will pick forms when nominations are opened and ask delegates to look on my works and vote for me.

The NDC is expected to elect it national executives on December 17.