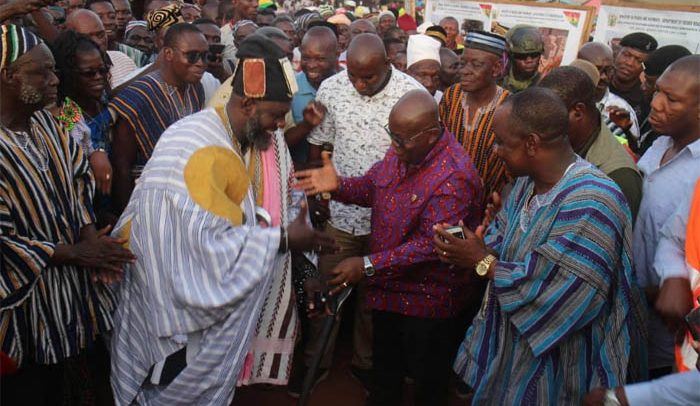 President Nana Addo Dankwa Akufo-Addo has called on the Konkombas and Chokosis in the Chereponi district of the North East region to give peace a chance.

The President said the time has come for the two tribes to bring an end to their protracted conflict.

He told the feuding tribes that they stood to benefit a lot from peace.

President Akufo-Addo assured the Chiefs and people of Chereponi that the ministry of interior would make the report of the Commission of inquiry public.

Three persons have died as a result of the renewed violence between the two tribes.

About 22 communities have been burnt into ashes in the clashes and over 2,000 people have been displaced.