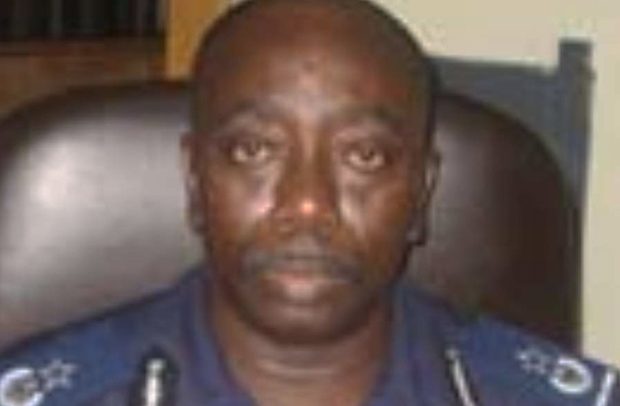 THE ASHANTI Regional National Security Coordinator, DCOP Ayensu Opare Addo (Rtd), has suffered the embarrassment of being handcuffed in his office.

The security capo, who is a former Ashanti Regional Police Commander, allegedly, suffered his ordeal in the hands of Delta Force members, a vigilante group in the ruling NPP.

According to reports, the security capo was in his office working on Tuesday evening, when the blood-thirsty hoodlums invaded the office.

The members of the so-called disbanded vigilante group, without provocation, ordered DCOP Opare Addo (Rtd) to move from the office because to them, his tenure had expired.

Before the security capo could utter a word, the heavily-built men placed his hands in a metal handcuff and were about to whisk him away.

Luckily for DCOP Addo (Rtd), the Ashanti Regional Police Command had been notified about his predicament, and had sent men to his office, to save him.

Narrating his ordeal on ‘Akoma FM’ in Kumasi, the Ashanti Regional National Security Coordinator said the Delta Force members insisted that his tenure had elapsed and he should vacate the office.

“They just handcuffed me and said I was supposed to hand over to someone but I have refused to do that, so they have been ordered to take me to Accra,” he said.

DCOP Addo (Rtd) said he was hapless as his both hands were placed in the handcuff, noting that he was only saved by the policemen that rushed to his office at the right time.

Meanwhile, reports indicated that some members of the Delta Force in Kumasi, who masterminded the handcuffing of the National Security Coordinator, have been arrested.

The Delta Force, it would be recalled, was always in the news for negative reasons before the NPP government disbanded all political vigilante groups in the country.

For instance, some members of the Delta Force caused a stir as they invaded a law court, which was in session, to free some of their members that were facing trial some years back.