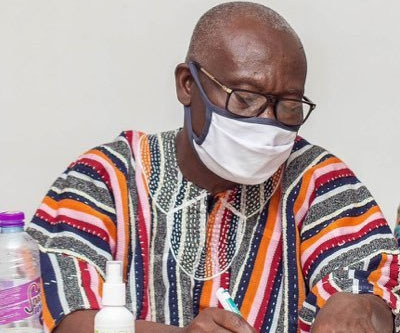 The National Commission for Civic Education (NCCE) has urged parties involved in the election petition to accept the verdict of the Supreme Court so as to foster national unity and peaceful coexistence.

The Supreme Court on Thursday dismissed the case that lasted for over two months, describing it as a case that has no merit based on the failure of the petitioner “to demonstrate in any way how the alleged errors and unilateral corrections made by the first respondent affected the validity of the declaration”.

The NCCE in a statement released on Thursday and signed by its Deputy Chairman in Charge of Operations, Samuel Asare Akuamoah, said the verdict was a win for Ghana “and we should work together to build.”

“The NCCE urges all political parties particularly the leadership of both the New Patriotic Party (NPP) and the National Democratic Congress (NDC) to call their members and supporters to desist from violent acts” the statement read.

The commission has also reminded Ghanaians of the need to embrace peace and unity in order to ensure cohesion- a key factor in promoting the growth and stability of the country’s democracy.

“Ghana belongs to every Ghanaian, and we all have a responsibility to not just respect the Rule of Law, but to exemplify traits of oneness as a country.

“We must always be mindful not to put our personal or party interests above that of Country. To preserve our heritage and democracy, we have to put Ghana first all the time.” the commission added.

Mahama Pushes Back Address To Nation

Our MPs In Parliament Didn’t Betray Us, Our Party Leadership Did - Asawase Constituency NDC