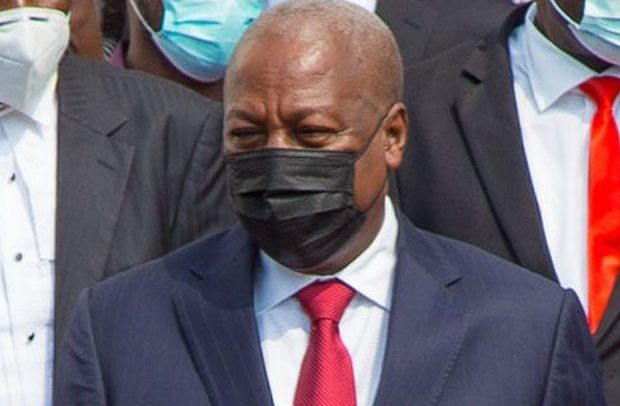 It would be recalled that lawyers for the flagbearer of NDC, John Mahama, on December 30, 2020, after series of street protests by supporters of the party, filed a lawsuit, challenging the results of the 2020 presidential election.

In a statement at the time, the NDC indicated that the petition detailed “serious violations of the 1992 Constitution by the Electoral Commission and its Chairperson and Returning Officer for the Presidential Election, Mrs. Jean Adukwei Mensa in the conduct of their constitutional and legal responsibility.”

According to the party, the petition, among other things, sought a declaration from the Supreme Court to the effect that, “the purported declaration of the results of the 2020 Presidential Election on the 9th day of December 2020 is unconstitutional, null and void and of no effect whatsoever.”

But after weeks of legal tussle, the party seemed to have admitted that indeed, its candidate, Mr Mahama lost the election.

Despite calling for a rerun between Mr Mahama and incumbent President Nana Akufo-Addo In its Petition, the NDC in a letter dated March 2, 2021, and addressed to the Electoral Commission Chairperson, Jean Mensa, said it did not obtain required 50.1 percent to win the race.

According to the letter signed by NDC General Secretary, Johnson Asiedu Nketiah, requesting for a refund of its presidential and parliamentary filing fees, the NDC indicated that it obtained 47.397%.

In the letter dated March 2, 2021, the NDC’s Functional Executive Committee (FEC) informed the EC boss that “it is formally requesting for a refund of deposits it made in respect of its presidential and parliamentary candidates.”

According to NDC, Regulations 46 (1) and 46 (3) of C.I. 127 “spell out the conditions for a refund or forfeiture of deposits made by presidential or parliamentary candidates.

It noted that regulations spell out that “a presidential or parliamentary candidate must obtain a minimum of 25% and 12.5% respectively in a general election to qualify for a refund.”

The Sports Conference Takes Off Today

Ayorkor Botchwey Thanks Qatar For Contributing To Ghana’s Development