NDC Chairman Threatens To Resign If Mahama Is Challenged 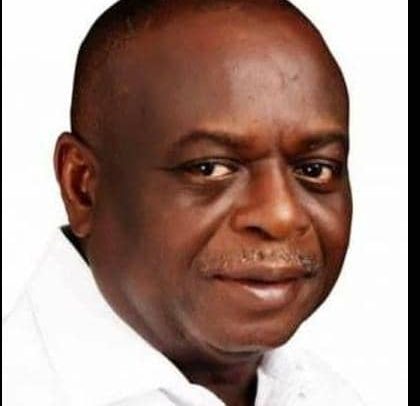 The Eastern Regional Chairman of the opposition National Democratic Congress, John Amankrah has threatened to resign from his post if former President John Dramani Mahama decides not to contest as flagbearer again in the 2024 elections.

According to Jowak as he is affectionately called, he joined politics because of Mr. Mahama and wouldn’t support anyone who will contest the former president for the NDC flagbearer.

Already he and others have been tagged as anti- Mahama who is nursing the Presidential ambition of Dr. Kwabena Duffour.

Jowak who was addressing the NDC members in Koforidua recently, during a visit by former President John Mahama noted that “I will not support anyone against President Mahama. I will never do that. We must stop these divisive tactics and remain united if not 2024 will only be a dream”.

According to him, recently there was news that he is supporting Dr. Kwabena Duffour’s alleged bid to lead the National Democratic Congress is ridiculous and unfounded although he is a friend to the former Finance Minister.

Explaining his side of the story, he added that “Recently a picture was in circulation that myself, Yaw Gyan, Captain Buta and a host of others are behind Dr. Duffuor’s alleged bid; the truth is I have known Dr. Duffour for a very long time but he has not mentioned any such intentions to me. Such lies must stop”.

He added that it has become convenient for people to tag their opponents as anti-Mahama and questioned what the perpetrators of such acts mean by someone being anti-Mahama.

“What is the meaning of anti-Mahama? All that I am doing as a Regional Chairman is because of President Mahama. I will not support anyone who contests him because he’s like a brother to me. If he decides not to contest, I will resign immediately”, he bemoaned.

He said he will organize a press conference and urge that President Mahama goes unopposed so it is ridiculous for anyone to suggest he is supporting another person against the former President.