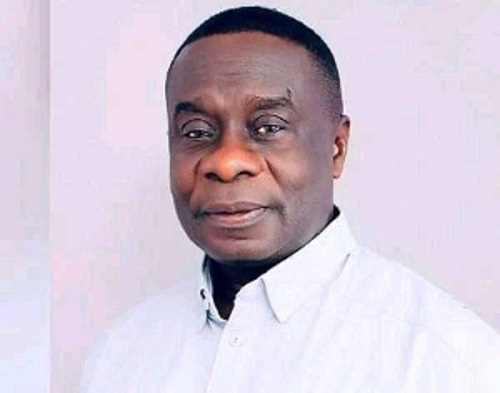 Push by the National Democratic Congress (NDC) to form a majority in the Eighth Parliament suffered a jolt as a High Court in Cape Coast yesterday granted an injunction restraining James Gyekye Quayson from holding himself as the MP-elect for Assin North Constituency over his nationality.

Mr. Quayson has been accused of owing allegiance to Canada, contrary to Article 94 (1) (a) of the 1992 Constitution for which the presiding judge, Justice Kwadwo Boakye Tawiah, said the issues raised against the MP-elect warranted a full trial.

The court has accordingly directed for the accused person to stop describing himself as the MP-elect for the area after a petition to the court by one Michael Ankoma-Nimfah, a mason and resident of Assin Bereku.

This will reduce the NDC number from 137 to 136 MPs, giving the ruling New Patriotic Party a slightly narrower majority which has been a bone of contention among MPs of both sides of the House.

The plaintiff, in a suit filed before the Cape Coast High Court, said that the MP-elect did not renounce his Canadian citizenship when he filed his nomination to contest the parliamentary seat.

According to him, failure of Mr. Quayson, who ran on the ticket of the NDC, to renounce his Canadian citizenship prior to the filing of his nomination form with the Electoral Commission (EC) disqualified him to contest for the parliamentary election since it offended Article 94(2) (a) of the 1992 Constitution.

He therefore asked the court to declare that the filing of the parliamentary nomination form by the NDC MP-elect “violates the constitution and is therefore illegal, void and of no effect.”

The petitioner again prayed for the court to place a perpetual injunction on Mr. Quayson to restrain him from holding himself out as MP-elect for the Assin North Constituency.

The party wrote to the Comptroller of the Ghana Immigration Service (GIS) and demanded among other things including the travel history of Mr. Quayson and his renunciation certificate in respect of the Canadian citizenship prior to him filling to contest the Assin North Parliamentary seat on the ticket of the NDC.
Protest

Prior to the general election, a group calling itself Concerned Citizens of Assin North, petitioned the EC in the Central Region to withdraw the candidature of Mr. Quayson.

Its members had alleged that Mr. Quayson owed allegiance to Canada instead of Ghana and therefore could not stand to be voted to Parliament.

It would be recalled that the Accra Fast Track High Court, in 2012, sentenced Adamu Dramani Sakande to two years imprisonment after he was found guilty of false declaration of office, perjury and deceit of a public officer.

A Bawku-based cattle dealer, Sumaila Bielbiel, had stated that the then MP for Bawku Central, Mr. Sakande, held dual citizenship in breach of the constitutional provision.
He contested the Bawku Central seat on the ticket of the ruling NPP in 2008 and snatched it from Mahama Ayariga, the incumbent.