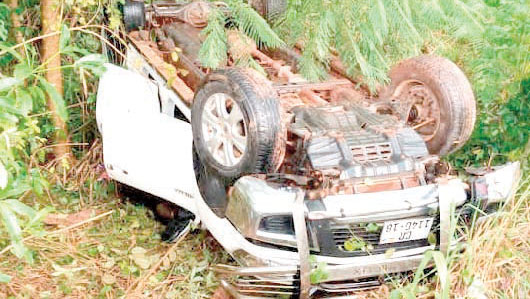 A die-hard supporter of New Edubiase United Football Club, Abass Sumaila, passed away on Saturday, after being involved in a gory accident.

The staunch supporter of the Division One League club, according to confirmed reports, was on his way to the stadium in Bekwai to watch his team play.

The team was scheduled to play Achiken Football Club on the opening weekend of the 2020/2021 Division One League season.

Abass, who was traveling with four players of New Edubiase Football Club, died shortly after the accident. The players sustained various degrees of injuries and were receiving treatment at the hospital.

Due to his Islamic customs, the deceased has already been buried.

Meanwhile, New Edubiase won 1-0 against Achiken to pick up the first three points of the new season.