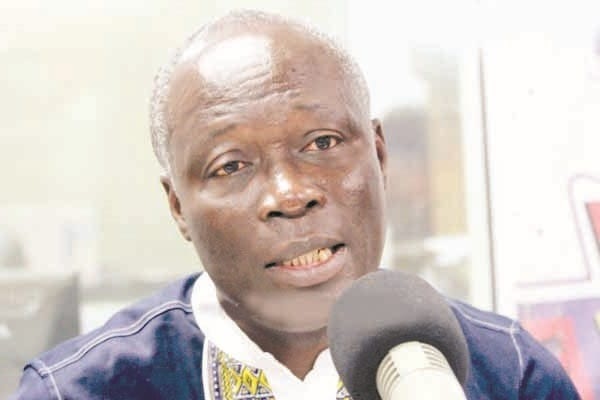 The Okyeman Youth Association (OYA) says the reaction of Nii Lantey Vanderpuye, the National Democratic Congress (NDC) Member of Parliament (MP) for Ododiodioo, to their protest march held recently is “a reflection of the acceptable mode of communication of the NDC.”

The group, which is one of the protest platforms that responded to the NDC flagbearer’s endorsement of Adongo’s referencing of “Akyems as Sakawa mafia,” said much as its members deemed the description as “abusive and derogatory,” the reaction of Nii Lantey Vanderpuye to the public protest is indecorous.

The NDC MP had called the protesters “useless boys” in a radio interview, among other things, and this the OYA said its members were “not surprised as it reflects the acceptable mode of communication of the NDC, which is devoid of decorum and decency, and sanctioned by its leadership.”

In a statement released to the media and signed by its President, Archibald Ntiri-Acquah, the Okyeman group said, “What is of greater interest is the attempt to draw the Ga State and the Ga people into the septic ditch created by the indiscretion and desperation of ex-President John Mahama to return to power, riding on the back of tribal acrimony.”

“The reference to the Palace of the Osagyefuo Amoatia Ofori Panin at Adabraka in Accra is emblematic of the mischief and resignation to mediocrity by Mr. Vanderpuye (sic),” the group indicated.

According to the OYA, the Akyem people and the Ga have enjoyed centuries of mutual, beneficial brotherly relations and that the statement by Mr. Vanderpuye “is out of order and divorced from the matter in question (sic).”

“The historic mass protest on Wednesday 9th September, 2020 was not targeted at Gas or any ethnic group. The statements and placards displayed on the day of protest validate this assertion (sic),” the group pointed out.

It said “in the 2016 general election, it is interesting to note that the NDC lost in several ethnic Ga strongholds because it failed to address their social, economic, and immediate livelihood concerns, sanitation and basic decencies.”

“In that same election, Mr. Vanderpuye who on 1st September 2020 this year was allegedly assaulted by his own disappointed party activists was saved by the bell to be re-elected as Member of Parliament,” the group asserted.

“Under the misguided Youth in Small Scale Mining under the NDC government which found expression in his colleague, Mr. Baba Jamal recruiting several hundred miscreants to Kyebi for the galamsey gold rush.

“The Okyeman Youth Association wants to make the following points clear that the protest was not supported or funded by the government or the leadership of the New Patriotic Party (NPP). It was without the knowledge or sanction of any political party (sic),” the statement noted.