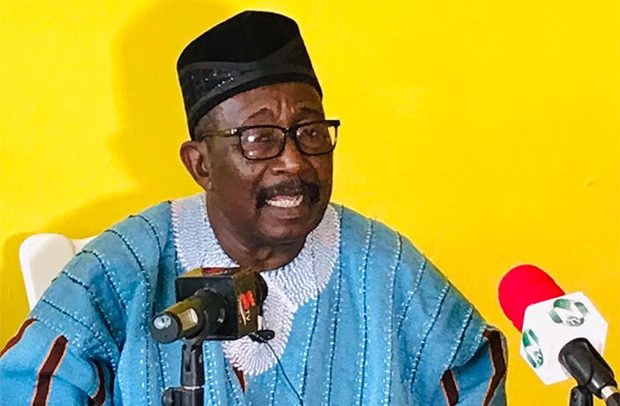 The Board Chairman of the Northern Regional Lands Commission, Lawyer Dubik Mahama Yakubu, has denied claims by the Minority Leader and Member of Parliament for Tamale South, Haruna Iddrisu that state lands are being sold by the Commission to private developers in the region.

This statement follows calls on government by the minority leader to reverse the sale of the timber market in Tamale.

The Tamale South MP claimed that the timber market land was the property of the Forestry Commission which has been offered for sale to private developers while operatives of the timber market have been given notices to vacate the place.

Addressing a press conference in Tamale, the Lands Commission Board Chairman expressed disappointment in the minority leader’s statement, describing it as unfortunate and misleading, adding that the timber market land has not been sold to anybody.

“It is not true that those occupying the timber market and doing business have been served with notices to vacate the place. Also, his assertion that the timber market is a property of forestry commission is not accurate.”

According to him, the plot that was leased to the developer is a commercial plot by the roadside between the Commercial Bank and the Shell filling station part of which was used by GNTC saying there is a road separating the plot from the timber market.

He indicated the lands commission does not sell state lands but leases them to developers for the benefit of society.

“Those who are peddling this falsehood are doing so to enhance their political objectives and promote insecurity for their personal aggrandizement. Lands commission follows due process in allocating lands in the three Northern regions and I do not intend superintending over mismanagement of lands in these regions and for the four years we have managed the lands in the regions credibly and the Kings and leaders can attest to that .”

Lawyer Yakubu noted that the Lands Commission under his administration has been instructed to decentralized and set up the administration of the land in the Northern part of the country and they are busily liaising with chiefs, opinion leaders and all stakeholders to ensure the peaceful and orderly transfer of files to Damongo and Nalerigu in furtherance of the creation of the respective lands commission administration therein.

“The misinformation and sabotage coming from some disgruntled people within and without must stop with immediate effect,” he said.

He thanked the Overlord of Dagbon, Yagbonwura, Nayiri and Nanum Kingdoms and their leaders for their unflinching support for the Lands Commission in their respective regions.

Two Arrested With Weapons In Tamale