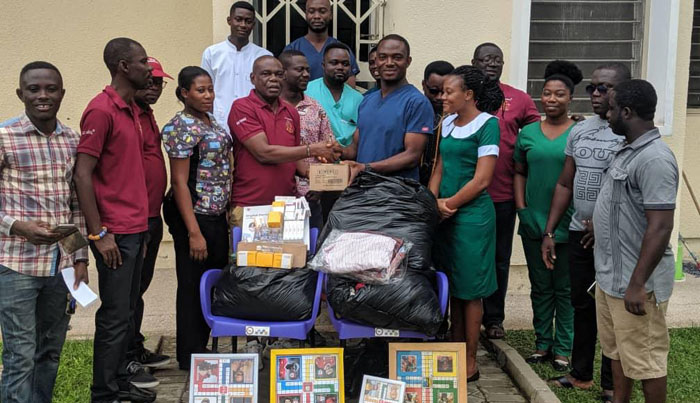 The Old Vandals and management of the hospital during the donationO

The Eastern regional branch of the Old Vandals Association has donated assorted items to the inmates of the psychiatric unit of the Eastern Regional Hospital in Koforidua.

The donation formed part of the association’s core social responsibilities, which is undertaken yearly.

Edward Asante, vice president of the association, who presented the items to the hospital’s management, said the association has also adopted the unit and would be providing the needed items as and when those are needed henceforth.

Members of the hospital’s management who received the items expressed gratitude to the donors for their kind gesture.