Only An Internal Revolution Can Save Our Party 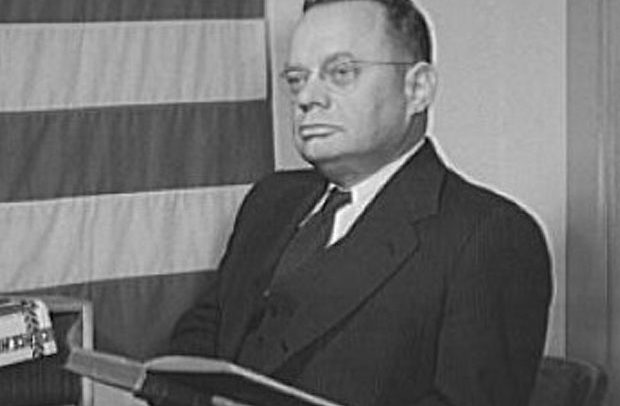 In politics, we presume that everyone who knows

how to get votes knows how to administer a city or state.

When we are ill… we do not ask for the handsomest

physician or the most eloquent one.

A MAVERICK IS AN UNORTHODOX or independent-minded person. The maverick would be a person who thinks and acts in an independent way. Such a person would not toe the line – societal line or political line. He would act differently from what the wider society sees as the “norm”.

In 1867, a maverick referred to a calf or yearling found without an owner’s brand in the Unites States of America. At a time when all the owners of the big ranches of the American West branded their cattle, Samuel Maverick (1803-1870), a Texas cattle owner, would not brand his calves. When forced to explain why, his “uncharacteristic” explanation was that he had pity for the animals, he would not like to inflict pain on them. Years later, Maury Maverick, a grandson of Samuel Maverick, coined the word “gobbledygook” which he explained as “the over-involved pompous talk of officialdom”. One could rightly call Maury Maverick a chip off the old block. The word “maverick” can be used as a noun, a verb or as an adjective (modifier), as a maverick politician; a maverick decision. Call the maverick a non-conformist or rebel.

The shield of a baseball cap is supposed to be a protective gear for the wearer’s eye, but some people wear it the “opposite” way with the shield turned back. It is now “fashionable”, and one would be described as an old daddy-fuddy for insisting on the baseball cap being worn “correctly” – these non-conformists!

Dr. Sekou Nkrumah, the son of Dr. Kwame Nkrumah, describes himself as a “leftist” – just like Kweku Baako and Kwesi Pratt. He would “naturally” feel more “at home” in the National Democratic Congress (NDC) and not the right of centre, NPP. But he would not winch or be disturbed if he is branded as a maverick politician. Sekou throws out a poser: “Naturally, those of us on the left of Ghanaian politics should supporting the NDC, but unfortunately I am not.” One would say, “E-e-h”? He declares, “I cannot vote for a party that in 2009 had the opportunity to serve the ordinary Ghanaian and make a better Ghana agenda a reality for many, but failed miserably due to several factors that still haunt the party.”

In describing the Mills’s administration, he talks about the “hypocrisy” and “ill intentions” of the people who were in power, adding, “…clearly their agenda was just to protect their positions in government and not service to the country. Nothing was working properly as the government practically had no leader.” He expresses surprise at the result of the 2012 election: “…how did the NDC win with such a poor performance in government? Was it rigged? Well, for the sake of peace, I did not support the NPP’s position to go to court.” He thinks the 2016 election result was a sledge hammer blow to the NDC, and a serious wake-up call. But unfortunately the leadership of the party failed to learn any lessons and decided to continue with the clueless leadership of J.M.” Sekou says he would continue to support the right-of-centre NPP “…if only as a protest, and hope that after 2020, NDC will throw away Mahama and his cronies and re-organise the party – only a revolution from within can save the NDC”, he is alleged to have said.

Sometimes, we as “political writers” would want to strike the balance to demonstrate our clear objectivity and unbiased posture. So, we look for “positives” in NDC. Unfortunately, we always hit on the rocks in our search in the political history of the NDC – we hardly see a streak of “political correctness” within the NDC. The political literature is rather full of failed promises and scandals. What did we not see in the four years of Mahama’s administration? Inflated costs of projects, to say the least. The strategy was to “create, loot and share” as Ghana’s Supreme court described their mode of operation. But one might say the NDC as a party, generally, took care of its supporters.

J. Rawlings, the owner of the NDC has also spoken of the possible outcome of the 2020 presidential and parliamentary elections. He has asked the NDC to position itself for 2024. As for 2020, they should “forget”. The good old book quotes Jesus as saying: “Come unto me all ye that labour and are heavy-laden, and I will give you rest.” Every party is touting its achievements and trying to woo supporters to its side. Those which have not been in power before are brandishing what they have up their sleeves to roll out to Ghanaians. But a well-known English proverb says: “what is sauce for the goose is sauce for the gander” meaning: what is acceptable for one person in a particular situation should be acceptable for another person in a similar situation – this matches with the Golden Rule.

One is tempted to think the NPP is the party to belong to. As a government, it is very quick to point at this or that and compare its achievements with that of the NDC. Dr. Arthur Kennedy’s treatise: “Chasing the Elephant into the bush – the Politics of Complacency” may not mean anything to them, now that the elephant has come home. Some people think the NPP does not know its supporters. The party appears to have ignored those whose sacrifices have helped to build it to this stage. Of course, while the young shall grow, the old shall die – but can’t something be done?

Those who criticise the NPP are silenced by the admonition not to “wash (their) dirty linen in public.” They are advised never to ask: “Is the elephant worth dying for?” And they are further advised not to complain even when they feel the pinch. Registration for the 2020 elections is on-going. Many of those in the queues we encounter may not be as sophisticated as some of us, but they all know how their bread is buttered. They see how every young inexperienced men and women have shot into the limelight, eclipsing the old seasoned politicians. Some are unforgiving; they call these young ones upstarts and opportunists. They brood silently over their losses, and say: “(me kose-kose nyinaa wo me tiri mu)” (My silent plans are in my head). Forced to talk, they only exclaim: “I can’t vote for NDC, but I’m not satisfied with the goings-on in my own party… so I’ll not vote.”

As we write (on Wednesday) the ‘one-week’ celebration of veteran politician Kwadwo Owusu Afriyie (Sir John) is being held at Wonoo in Ashanti. He has made his mark in Ghana’s politics, and many people will tell you, “he came, he saw, he conquered.” His family members are wailing; NPP gurus are howling; Asiedu Nketia and NDC members are bowling; lawyers and judges are yowling; other sympathizers are sobbing… Kwadwo, nante yie.

AK Songstress Not Happy With The Media