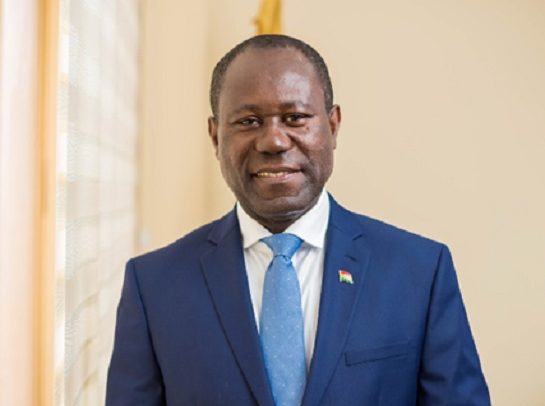 EIGHT MEMBERS of the European Parliament (MEPs) have called on the European Commission (EC) to open negotiations with Cote D’Ivoire and Ghana to reach an Economic Pact for Sustainable Cocoa.

The group, in a letter dated April 27, 2022, and addressed to the Executive Vice-Presidents and Commissioners of the EU, noted that the “low and unstable price” the West African countries and their farmers received for their cocoa was a “key driver of child labour and deforestation” and not only a human rights issue.

Indicating that this needed immediate attention, the European Parliament members said “The vast majority of farmers in these two leading cocoa-producing countries live in extreme poverty, earning well under US$1 a day. Despite back-breaking labour, farmers receive a pittance for the cocoa they produce, only around 6 per cent of the final sale price of a chocolate bar,” the MEPs said.

They observed that the low price of cocoa was partly as a result of a growing oversupply of cocoa on the world market, which have forced prices downwards over the years.

“This causes frequent price shocks. Companies can hedge against these risks and protect themselves, but small farmers cannot, and have no government subsidies or insurance to protect them,” they said.

The call was necessitated by a proposal by Ghana and Cote D’Ivoire to the EU for the adoption of an Economic Pact for Sustainable Cocoa in order to holistically address the economic, social, and environmental issues relating to sustainable development of the cocoa sector.

In a joint statement issued by the Heads of State of the two leading cocoa producing countries on February 18, 2022, they recognised that that the worst forms of child labour and deforestation “are linked to the living conditions of cocoa farmers.”

The croup agreed that with the positions of Ghana and Cote D’Ivoire and said the proposed Economic Pact would provide an opportunity to reach an agreement with the producer countries on a way forward on the key issue of price, as well as other sustainability issues.

The MEPs said the pact would also help to obtain a concrete outcome of the Cocoa Talks – an initiative, which brings together representatives from EU member states, cocoa producing countries, industry and civil society organisations to advance the cocoa sustainability and equity agenda.

They said the negotiations should entail an agreement between all parties on what would be done to resolve the low price of cocoa, the management of cocoa supply to prevent market shocks, and sustainability.

“The negotiations should not only be conducted between the EU, and governments of Ghana and Cote d’Ivoire, but should bring together all important actors, such as cocoa-buying companies, and NGOs.

“The commission should engage stakeholders at the very start and map their vision for the desired outcome of such negotiations to lay the groundwork for the negotiations,” it said. – GNA