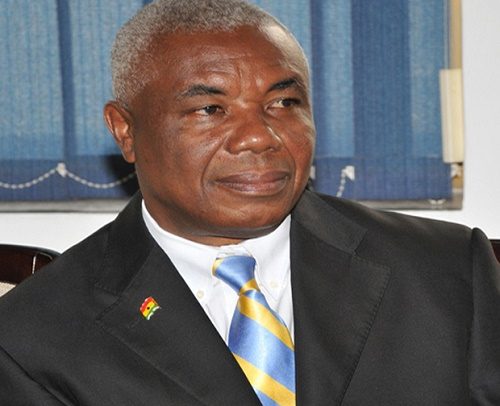 The Supreme Court refused an application filed by embattled former Chief Executive of COCOBOD, Dr Stephen Opuni, for Justice Jones Dotse, a Justice of the Court, to recuse himself from the review application by the Attorney-General.

In his affidavit dated October 25, 2021, in support of his recusal application, Dr Opuni said his attention was drawn to a widely circulated internet publication, in which it was alleged that Mr Dame, on October 15, 2021, went to the office of Justice Jones Dotse, who was then the Acting Chief Justice and the presiding judge for a meeting.

Counsel for Dr Opuni, Samuel Cudjoe, argued “It is possible they did not discuss anything about the case, however for the citizenry to have confidence in the judicial system he (Justice Dotse) should recuse himself.”

The Counsel, relying on a paper delivered by Justice Dotse 2010 on dealing with bias in the exercise of judicial power, said repeatedly that it was not their position that the two personalities should not meet on other matters, but that the circumstances of the meeting could make the citizenry waver in their trust in the system.

Deputy Attorney-General, Alfred Yeboa-Tua, said the State was opposed to the application, indicating that it lacked merit and was brought in bad faith and only meant to muddy the waters.

He said the allegations were mere suspicion hence it should be dismissed.

The Deputy Attorney General said the meeting complained about was held in the official office of then Acting Chief Justice in broad daylight at 1100 hours.

He argued that the applicant had failed to demonstrate either a real likelihood of bias or actual bias that may be occasioned with the inclusion of Justice Dotse on the panel.

He said the personalities acted in their official capacity as State Officials.
GNA