OSP Drags NDA Boss, 3 Others To Court Over Procurement Breaches 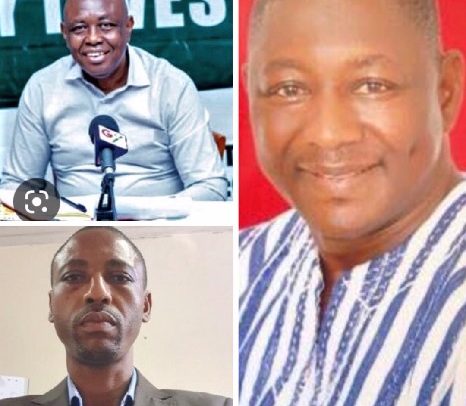 A statement signed by Special Prosecutor (OSP), Kissi Agyebeng, have since charged the suspects for conspiracy to directly or indirectly influence the procurement process to obtain unfair advantage in the award of a procurement contract.

The four will be arraigned before the High Court (Criminal Division), Tamale on Tuesday, January 31, 2023.

A statement signed by the Chief of Staff, Madam Akosua Frema Osei-Opare read “ We wish to inform you that , H.E the President has decided to terminate your appointment as Deputy Chief Executive Officer of the Northern Development Authority with effect from 21st March,2023.”

The Northern Development Authority (NDA) has been in the news in recent times over some alleged corruption related case at the office.

The complaint Mr. Martin Luther Kpebu alleged that the Public Procurement Authority approved the award of the contract in the sum of Five Million Seven Hundred and Twenty Thousand cedis (GHC5,720,000.00) on 16 January 2020 and that no approval was sought for the inflated figure of Ten Million Four Hundred Thousand cedis (GHC10,400,000.00).

The complaint further alleged that though the contract has expired, NDA has gone ahead to implement same and paid about Three Million cedis (GHC3,000,000.00) and that there was an attempt to pay an additional Five Million cedis (5,000,000.00).

Prior to the filing of the complaint by Mr. Kpebu, the Chief of Staff at the Presidency had been petitioned on 11 January 2022 by a former Acting Chief Executive of NDA, Dr. Alhassan Sulemana Anamzoya on the same matter. In his petition titled – Falsification of A&QS Contract under the IPEP – Dr. Anamzoya stated that his attention had been drawn to a document purportedly signed by him awarding a contract in the sum of Ten Million Four Hundred Thousand cedis (GHC10,400,000.00) to A&QS by NDA under the IPEP.

Dr. Anamzoya denied executing any such contract. He claimed that on 28 January 2020, he signed (for and on behalf of NDA) a contract awarded by NDA to A&QS in the sum of Five Million Seven Hundred and Twenty Thousand cedis (GHC5,720,000.00) based on an approval by the Public Procurement Authority (hereafter, PPA) dated 16 January 2020. He contended that the document containing the contract sum of Ten Million Four Hundred Thousand cedis (GHC10,400,000.00) was doctored by the transposition of his signature onto that document, which numbering does not tally with the remaining pages of the document.

Dr. Anamzoya’s object of petitioning the Chief of Staff was twofold – to expose the perpetrators for punishment and to clear his name.