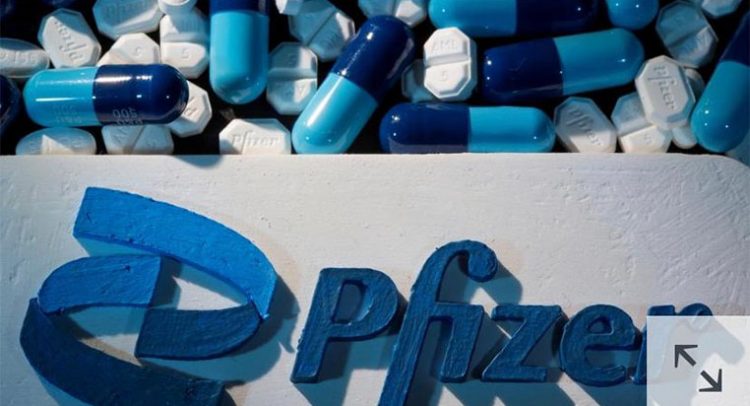 US pharmaceutical giant, Pfizer, has said its experimental drug for the treatment of Covid-19 is effective.

The antiviral pill has so far proven highly effective at cutting rates of hospitalization and deaths by nearly 90 per cent.

The announcement comes a day after the United Kingdom (UK) became the first country to authorize a pill (molnupiravir) developed by competitor Merck & Co for coronavirus treatment.

News organization DW, reports that patients taking the Pfizer-developed pill in combination with an older antiviral called ritonavir saw an 89 per cent reduction in their combined rate of hospitalization or death after a month, in a trial study of 775 patients.

This was compared to patients taking a placebo.

It further noted that fewer than 1 per cent of patients taking the drug needed to be hospitalized and there were no deaths recorded.

The report said in the comparison group, 7 percent were hospitalized and there were seven deaths.

Study participants who were not vaccinated showed mild-to-moderate Covid-19 and were considered high risk for hospitalization due to health problems like obesity, diabetes, or heart disease.

Treatment began within three to five days of initial symptoms and lasted for five days.

An independent group of medical experts monitoring the trial recommended stopping it early.

This is standard procedure when interim results show such a clear benefit.

Pfizer provided few details on side effects but said rates of problems were similar between the groups at about 20%.

The results appear to surpass those seen with Merck & Co Inc’s pill, molnupiravir.

Last month it was shown to halve the likelihood of dying or being hospitalized for Covid-19 patients also at high risk of serious illness.

Full trial data is not yet available from either company.

Pfizer’s drug is part of the decades-old family of antiviral drugs known as protease inhibitors, which revolutionized the treatment of HIV and hepatitis C. The drugs block a key enzyme that viruses need to multiply in the human body.
The drug was first identified during the SARS outbreak originating in Asia in 2003. While Pfizer’s drug has not yet been named, Pfizer’s combination treatment will have the brand name Paxlovid.

It consists of three pills given twice daily.