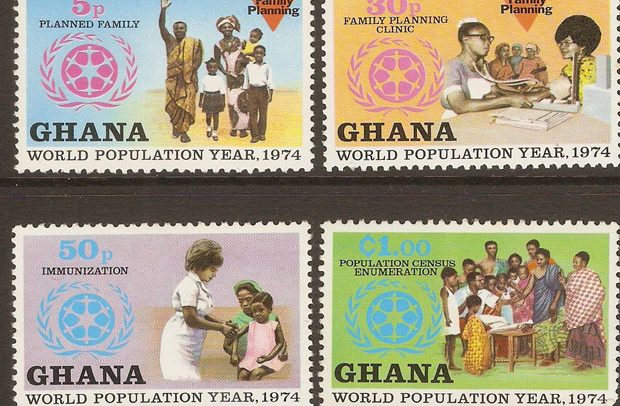 I wish I could easily tell the number of designs of postage stamps issued from the Gold Coast days to the period after independence.

The assortment is many, covering as I indicated earlier all subjects as it were. In today’s edition one of the stamps commemorates our legendary Gye Nyame symbol, arguably the most popular of the Adinkra symbols. The postage stamp was in the 6 pence denomination.

In 1963 when the Red Cross celebrated its centenary worldwide, Ghana which was just seven years into independence joined the rest of the world in marking the landmark and what better way to do that than issuing a postage stamp.

The stamp issued thereof contains the important dates-1863-1963. This is a source of knowledge of the piece of history of the Red Cross which was established in 1863.

One of the landmarks of Accra until 24th February 1966 was the statue of Kwame Nkrumah erected in front of the House Of Parliament in Accra. This part of Accra’s skyline should have been a welcome feature, were it still standing there with the Osagyefo spotting his Communist style garb and famous stick. The latter attracted various mystical interpretations especially after the ouster of his ouster on 24th February 1966.

One of the things which Accra residents who opposed the rule of Kwame Nkrumah and his CPP and rejoiced on the day of his ouster was the pulling down of the statue. Excited citizens descended upon the statue ecstatically as though it were the man they hated. They hurled stones at it and some removed the stones around it and taking them to their individual homes as mementoes.

Eventually the damaged statue was moved to the Accra Museum where I think it remains, not standing though but lying on the ground at the time I last saw it.

Osagyefo Kwame Nkrumah’s interest in the world was not in doubt. It would appear that he personally took interest in the themes of the various stamps issued. There was a 6 pence Abraham Lincoln-embossed stamp to celebrate his personality of world history. For those who had no knowledge of this great American statesman; the 16th president to occupy the White House and who prosecuted the Civil War whose success held the nation together that was an opportunity for them to find out  more: after all one of the roles of postage stamps was to educate people through pictures.

The fourth anniversary of the country’s attainment of republican status was marked with the issuance of a 6 pence postage stamp with Kwame Nkrumah’s portrait and a landmark structure in the background.

July 1 1960 of course came with its own postage stamp the portrait of the Osagyefo prominent on it. Kwame Nkrumah it would appear had his portrait in most of the postal stamps.

The Casablanca Conference in Morocco one of the continental engagements of Kwame Nkrumah and his colleagues obsessed with a Pan Africa attracted a postage stamp with the theme clearly embossed.

The 1964 Olympics Games in which Ghana partook was also captured on a 6 pence postage stamp.

Some postage stamps bore Nc, New Cedi, Np or New Pesewa. Time was it when the cedi which replaced the pound, shilling and pence was changed and to emphasise this, the adjective New preceded the currency. This held for a long time until it was dropped. The seat of state occupied by the President was for instance in the new cedi denomination.

Our own kingfisher bird was represented in a postage stamp as was the mace of Parliament.

In subsequent editions I shall continue with our walk into the history of the Gold Coast and Ghana through postage stamps.