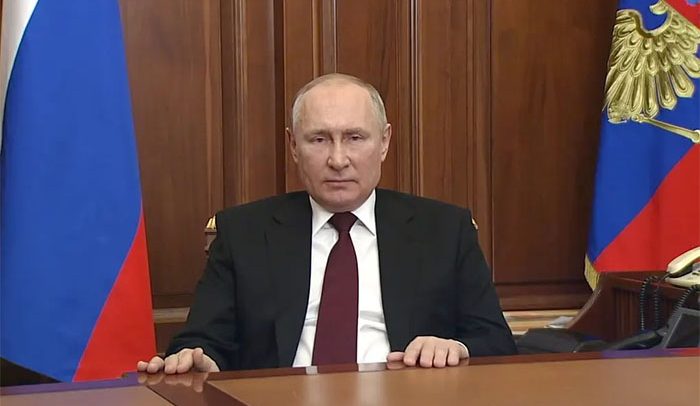 “In a nuclear war, all mankind will be losers”- Late President Leonid Brezhnev of USSR

IT WAS during the cold war when nations sat on tenterhooks, not knowing what will happen if a nuclear war broke out. All eyes were focused on the USSR because of that nation’s stockpiles of nuclear weapons. The USSR had drawn down their iron cartons so nobody knew or saw what was happening in the secretive nation. The above mentioned quotes sent a chilling warning to the world that things will not go on well when nations engaged in a nuclear war.

Brezhnev’s policy was that the Soviet Union had the right to intervene in places where capitalism threatened communism.  By extension, any similar policy of ideology motivated intervention in the affairs of other nations.  On the other hand, Ronald Reagan’s policy was to confront communism wherever it reared its ugly head and nip it in the bud. Reagan, like all peace-loving people of the world saw communism as an evil that must be dealt with no matter how or what the cost may be. At the end of the day, the cold war ended but nations still stockpiled nukes.

Today, ‘Little rocket man’ of North Korea, Kim Jong Un, continues to test his ballistic and other missiles day in and day out despite warnings given by the civilised world. Putin has called his generals to put their nukes alert and there is a reason for that. Throughout the twentieth century, nations feared a situation where a mad man may lay his hands on a nuclear bomb. Today, we have one in the person of Vladimir Putin. It is very clear that Putin is living in some kind of paranoid bubble and that is very serious as far as the peace of the world is concerned.  This fight against Putin’s dictatorship is not just NATO’s fight or America’s fight. This is the civilised world’s fight and assures us the sun will shine tomorrow, the civilised world will prevail. It is a matter of time for the whole world to see Putin doubling down before backing down.  The pressure has just begun.  President Biden was right when he addressed Americans in his State of the Union address that Putin has no idea of what is coming. The Nuremburg Trial of war criminals during the NAZI era is there for him to learn a lesson from. That is if he cares to learn.

The civilised world is experiencing togetherness and rallying behind Ukraine at dangerous times like these. The world cannot tolerate the way Putin is blatantly disregarding human life and dignity.  Seeing Russian tanks mowing down innocent women and children brings the world in grief and our grief has turned to anger and anger to resolution. Never again! The world is joined together in a great cause. A night has fallen on a different world, a world where democracy and freedom are under attack. We must save Ukraine from the grip of this former KGB boss whose thumb is closely placed on his nuclear bomb trigger and whose lust for blood seems to be unquenchable. A vampire is on the prowl. Putin is on a suicide mission for himself and his regime and in fact, for Russians as a whole. Putin’s senseless war is not only to end lives in Ukraine but to disrupt and end a way of life. That is why the world should unleash every necessary weapon of war to the destruction and defeat of Putin before things go bad. The world has been put on notice. We are not immune from nuclear war.

My dear reader, have you sat down to think of how a Third World War will look like? During the First and Second World Wars, only conventional weapons were used apart from the atomic bombs which were used to level Hiroshima and Nagasaki. In a Third World War, nuclear bombs and weapons of mass destruction will be used. Modern weapons of mass destruction are nuclear, biological or chemical. The most dangerous one is chemical weapon which consists of liquid and gases that choke victims, poison their blood and blister their skin or nervous systems.

I shudder to broach this topic. Say your prayers before you sleep tonight whiles I puff my Churchill cigar to sooth my sorrow. Life is too short!!!