Rashford Shows Love To The Homeless 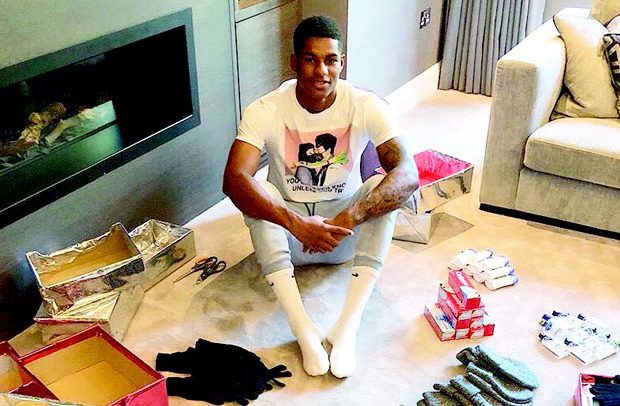 Rashford has urged fans to help the homeless this Christmas

When you’re Marcus Rashford, there is rarely a day off.

Granted a rest by Manchester United manager, Ole Gunnar Solskjaer, to recover from an international break during which he was scored in both England games, Rashford decided against spending the day with his feet up. Instead, he was at the Selfridges store in Manchester city centre encouraging people to help the homeless this Christmas.

United’s No. 10 turned 22 on Halloween and those closest to him talk about a player and a person who is becoming more and more mature. Having scored 10 goals in his past 11 games for club and country, including one in the 3-3 draw with Sheffield United on Sunday, he is in the form of his life.

Off the pitch, he is beginning to use his platform ? he has nearly 10 million followers on Instagram and Twitter combined ? to promote messages other than “focused on the next game” and “we go again”. He has spoken out on racism in football and voiced his concern when The Sun newspaper printed a controversial story about English cricketer Ben Stokes.

Rashford’s efforts to help the homeless in Manchester has morphed into the In the Box Campaign ? a drive to collect essential items to hand out to homeless people over Christmas ? but it started with the Rashford family, mother Melanie and brothers Dane and Dwaine, handing out money on the street. In other words, Rashford is not just a famous face to front a charity.

“I just remember even when I was a kid, we used to train in Salford and at the time we didn’t drive so we used to get a bus into town and a bus out of town,” Rashford says. “And between the two bus journeys, you have to walk through the city centre. And probably every morning you’d see five or 10 different people, and from then it was in my mind. As I got older, I’m in a position to make a difference for them.