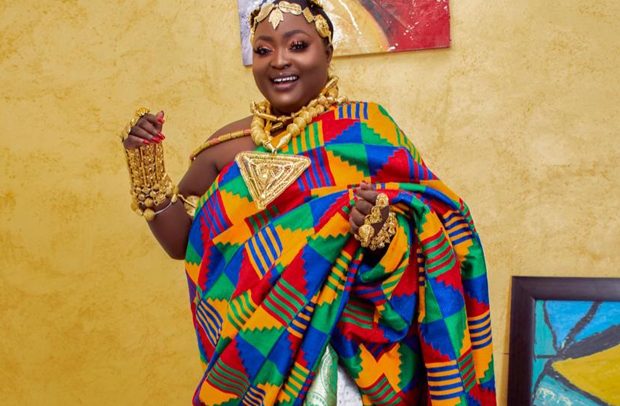 Actress Roselyn Ngissah was the proud winner of the Women’s Choice Award Africa best actress of 2020 as she beat some of her hardworking colleagues to pick the award.

In the same category with her were actress Gloria Sarfo, Jessica Williams, Belinda Dzattah and Nancy Isime, but she emerged the eventual winner.

The Women’s Choice Awards Africa is an initiative produced by Global Ovations Limited to honour men and women whose voices influence women’s choice.

Over the years, the Women’s Choice Awards Africa has celebrated achievements inspired by women in Ghana and beyond.

The 2020 edition of the event was held at the Alisa Hotel in Accra, where different awards were presented to the winners.

Roselyn’s win adds to her plethora of awards since her career kicked off.

She co-won Ghana Movie Awards in 2010 and has since remained a big brand.

Roselyn discovered her acting talent at a tender age while in basic school. Whenever they had Christmas drama at the time, her mum, a teacher, always tried to involve her in acting.

Somehow, she nurtured the interested to act and she has not regretted it.

The University of Ghana graduate entered mainstream acting after audition upon auditions.

She started off with TV series like ‘Reckless’, ‘Broadway’ and ‘I Stand Accused’, then moved to movies like ‘Princess Tyra’, ‘Power of the gods’, ‘Last Victory’, ‘My Sister’s Honour’, and ‘Sin Of The Soul’. She also starred in Sparrow Production’s ‘A Sting In A Tale’ and a number of other movies.