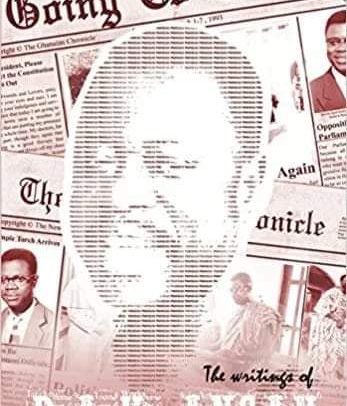 A British journalist covering the war in Ukraine has been shot and wounded after coming under fire in Kyiv.

Sky News chief correspondent Stuart Ramsay and his four colleagues were driving back to the Ukrainian capital when they were ambushed.

As they tried to escape from the car, a bullet hit Ramsay in his lower back while camera operator Richie Mockler took two rounds to his body armour.

They were told a Russian reconnaissance unit was behind the attack.

Russian forces have stepped up their bombardment in recent days, with heavy shelling and attacks on high-rise apartment buildings, a clinic and a hospital on Friday.

The attack on the Sky News crew took place on Monday, as they returned to Kyiv after calling off a trip to another town because it was unsafe.

The team left the car after the incident and hid inside a factory building before being rescued by Ukrainian police.

Recalling the events, Ramsay said there was a small explosion out of nowhere, the car came to a stop and rounds of bullets began smashing into the car.

“We knew we had to get out to survive, but the incoming fire was intense,” he said.

Two producers got out first, followed by another producer and then Ramsay and the camera operator.

“I do recall wondering if my death was going to be painful. And then I was hit in the lower back. ‘I’ve been hit’ I shouted.

“But what amazed me was that it didn’t hurt that bad. It was more like being punched, really.”

— Sky News (@SkyNews) March 4, 2022
Ramsay, who is now back in the UK, added: “It was strange, but I felt very calm. I managed to put my helmet on, and was about to attempt my escape, when I stopped and reached back into a shelf in the door and retrieved my phones and my press card, unbelievably.

“Richie says I then got out of the car and stood up, before jogging to the edge of the embankment and then started running. I lost my balance and fell to the bottom, landing like a sack of potatoes, cutting my face. My armour and helmet almost certainly saved me.”

Ramsay said: “The point is we were very lucky. But thousands of Ukrainians are dying, and families are being targeted by Russian hit squads just as we were, driving along in a family saloon and attacked. This war gets worse by the day.”

On Friday, it was announced that the BBC was temporarily suspending its journalists’ work in Russia, in response to a new law which threatens to jail anyone Russia deems to have spread “fake” news on the armed forces. CNN and Bloomberg News went on to do the same.

Access to BBC websites had already been restricted in Russia – but BBC News in Russian will still be produced from outside the country.