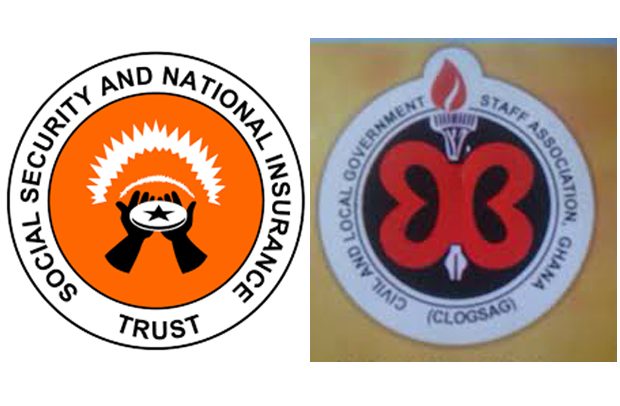 Management of the Social Security and National Insurance Trust (SSNIT) has responded to a warning from the Civil and Local Government Staff Association, Ghana (CLOGSAG) urging its members not to complete their SSNIT pension declaration form.

CLOGSAG served the warning on its members in a press statement on Wednesday, March 17, 2021.

“The Civil and Local Government Staff Association, Ghana (CLOGSAG) has sighted a declaration form that ought to be completed before pension benefits are processed by Social Security National Insurance Trust (SSNIT) officials,” it said in its release on Wednesday.

CLOGSAG claimed among other things that “The form is designed in a manner that does not allow a pensioner to any claim, thereafter, if there are even genuine grounds for further payment.”

“This disingenuous practice has just surfaced and we are at a loss as to what motivated such a demand from SSNIT. CLOGSAG would wish to use this opportunity to advise its members to desist from completing the so called “ACCEPTANCE FORM” for the following reasons, namely:
1. the issue of past credits has not been resolved and the possibility of further payment is there; 2. the lack of synchronization of Employers records and that of SSNIT may also bring about further claims on SSNIT, Thus, coercing retirees to sign such declaration forms are wrong,” CLOGSAG claimed.

But in response, SSNIT, in a release dated March 18, 2021, said “that in our quest to serve members and clients better, we assist members of the scheme to vet their SSNIT statements of account to ensure completeness and accuracy.”

It said “members may then attest to whether the statements of account are accurate or not by signing the appropriate documents.”

According to SSNIT, “if any inaccuracy is noticed, members can draw the Trust’s attention for it to be rectified and indicate whether they want their benefits to be paid whilst the issues with the statements are resolved later.”

It added that “members may also exercise the right to wait for the anomalies to be corrected before their pensions are computed and paid.”

Also, SSNIT clarified that “a member, by attesting to the completeness and accuracy of the SSNIT statement of account to be used for the computation of the benefits, does not forfeit any rightfully earned benefits when additional financial information is retrieved for that person at a later date.”

It noted that “the said acceptance or attestation does not have anything to do with the payment of Past Credit and matters arising thereof.”

Below is SSNIT statement 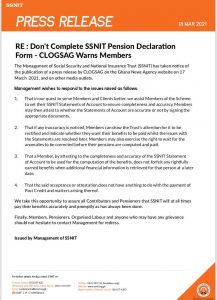 Shatta Wale, Medikal, EL, Gyakie And Other To Release Singles On Friday