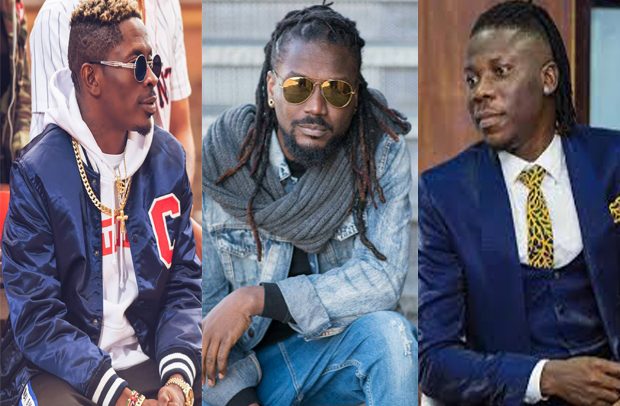 The three reggae dancehall artistes will be backed by an impressive selection of fast rising artistes who will ensure back-to-back performances all night.

Some of the artistes billed to perform alongside the dancehall acts included Kofi Kinaata, Kuami Eugene and a host of others who would thrill music fans with their various hit songs.

Reports reaching BEATWAVES indicate that Stonebwoy is ready to deliver his finest performances on the stage.

He has also promised to give out his best and will prove to Ghanaians that he is a force to reckon with when it comes to good afropop and reggae/dancehall music.

Shatta Wale and Samini whose stagecraft and dancing skills have won the hearts of many music fans in Ghana, are also expected to do something extraordinary to satisfy music fans who would be at the venue.

BEATWAVES gathered that all the artistes billed to rock the event had promised to quench the thirst of music fans who would troop to the venue to watch them live on stage.

Put together by Loggy Entertainment and Klassik Promo Inc., the virtual concert is being organized to bring all the artistes on the bill closer to their fans, as well as give Ghanaian music fans an unparalleled party this weekend.

The organizers say the concert will be a unique experience for fans, adding that Ghanaians should come and experience an extraordinary musical concert on Sunday.

The organizers added that as Ghana geared up to go to the polls on December 7, the event was also aimed at promoting peace before, during and after the elections.

The virtual concert will be live on ghunite.co, where fans and patrons can watch the artistes perform.

The November 1 concert will be followed by similar concerts in future.