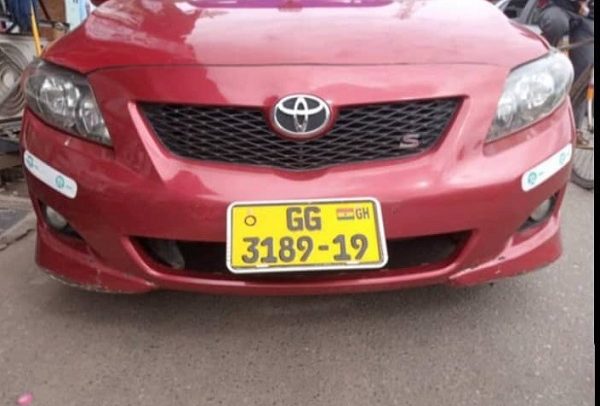 A taxi driver believed to be in his early 30s was on last Sunday found dead on the road leading to the Tarkwa-Nsuaem office of the Driver and Vehicle Licensing Authority (DVLA) at Akyempim, a suburb of Tarkwa.

The assailants of the deceased who has been identified as Ernest Essuman are not yet known.

He was driving a Toyota Corolla taxi cad with registration number GG-3189-19 when the unfortunate incident happened.

It was believed that the alleged murderers might have chartered the taxi cab and succeeded in carrying out the dastardly act before escaping with the car.

The Tarkwa Police Command has commenced investigation into the circumstances leading to his death.

The Tarkwa District Police Commander, Chief Supt Thomas Osei Ababio said, the police received the call at 10 pm on Sunday night and quickly rushed to the scene where they saw the lifeless body of Ernest Essuman in a pool of blood.

He said, there was a deep cut in the throat of the deceased and a knife by his side which the police suspected to be the weapon used in killing the taxi driver.

According to the Commander, the police could not trace the taxi cab and therefore suspect that the murderers took the car away after committing the crime.

He gave the assurance that police are continuing their investigation in order to bring the perpetrators to book.

‘I Will Be The First To Bring Grammy To Ghana’