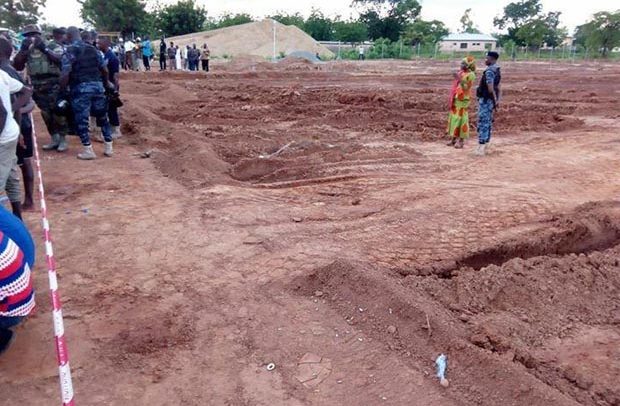 Site for the Tolon District Hospital

President Akufo-Addo has commissioned a 200-bed capacity district hospital in the Tolon District of the Northern Region.

The facility has a room for a doctor, a waiting room, washrooms, theatre and three wards with a total of 200 beds to cater for the health needs of the residents in the district.

Hitherto, residents had to travel some miles from Tolon to seek medical treatment in Tamale, the Northern regional administrative capital, a practice that led to the death of especially pregnant women, children and victims of emergency cases.

According to the president, the facility will bring transformation in the health needs and delivery of the people of district and reduce immensely the cases of maternal mortality in the district.

The district hospital forms part of government’s commitment to improving quality and accessible health delivery to Ghanaians irrespective of their location to improve the quality of life of same.

President Akufo-Addo stated that a healthy nation is a wealthy nation, hence the need to invest, increase and promote quality health delivery across the length and breadth of the country.

He assured that more logistics needed for the hospital to carry out its mandate of saving lives will be supplied to complement the already existing ones.

Major Rtd. Sulemana Abubakari, regent of Tolon, thanked the president for the timely response and intervention to provide the district with an ultra-modern hospital to cater for its residents.

He, however, appealed to government to ensure that dedicated and committed nurses are posted to the district to attend to their health needs.

According to him, the commissioning of the hospital would mark an end to the many cases of deaths in Tolon.

The retired major also lauded government for the many social interventions and flagship programme aimed at increasing and promoting economic activities and improving the lot of Ghanaians.