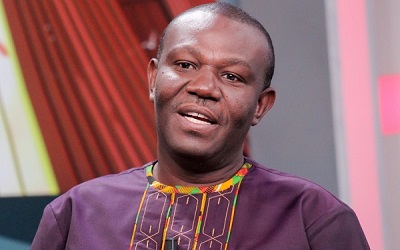 The Members of Parliament from the Volta Region on the ticket of the opposition National Democratic Congress (NDC) have given the government a day’s ultimatum to withdraw the security personal from the border communities in the Volta Region, particularly Ketu South.

The Chairman of the Caucus, Emmanuel Kwasi Bedzra added that it is in the interest of the government to comply or be ready for their ‘plan B’.

He gave the ultimatum during the party’s fifth edition of weekly press briefing held at Aflao in the Ketu South Municipality of the Volta region.

The press conference which was on the topic, the 2020 Voter Registration Exercise among other things stressed that “There is no war between Ghana and Togo,” hence there is no need for an increased security presence in the area.

Government has deployed some security personnel to augment security presence in border communities along Ghana’s Eastern boundary with Togo. The increased
security among other things is to protect lives and properties, prevent illegal cross border activities and stop the spread of Covid-19 along the borders where illegal movements was rife.

These explanations have been refuted by the opposition NDC who claim it is a calculated attempt to disenfranchise Voltarians, particularly Ketu South who are the stronghold of the NDC.

They also noted that security personnel which comprise the military, immigration, police and national security were harassing, intimidating and in some cases abusing residents for frivolous reasons.

The MP for Ketu South Fiifi Kwetey, the National Communications Director of the NDC, Sammy Gyamfi and Okudzeto Ablakwa, MP for North Tongu among others took turns to condemn the increased security in a security which accounts for over 70,000 votes for the NDC during elections.