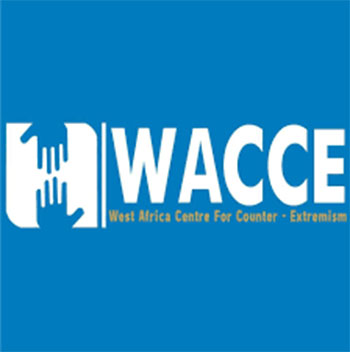 The West Africa Centre for Counter-Extremism (WACCE) will be training 200 women in three selected regions of the North on Preventing Violent Extremism.

The training will consist of two-day capacity building workshops in three locations namely Bolgatanga, Wa and Tamale to empower 200 individuals to serve as effective actors in Preventing Violent Extremism(PVE).

The program is intended at empowering women to serve as key players in Preventing Violent Extremism (PVE) in Northern Ghana.

The project, Empowering Women in Preventing Violent Extremism in Ghana is a project by WACCE with funding support from the US Embassy in line with its commitment to the country’s sustainable peace and national stability.

Mr. Mutaru Mumuni Muqthar ,Executive Director, WACCE, at a media briefing in Tamale said more than 13 Ghanaians are believed to have joined terrorist groups adding that it is only a matter of time that attacks may become a reality in Ghana unless swift and adequate measures are put in place against the threat.

He indicated that women and girls are both victims and vulnerable targets for radicalization and recruitment saying many parts of West Africa including Northern Nigeria, Mali, Niger and Northern Burkina Faso, women and girls have been used as conduits to detonate Improvised Explosive Devices at IDP camps, market centres and other public places.

“Women play a catalytic role in shaping behavioral patterns and character development of the individual as they spend a disproportionately larger amount of time at home with children and young adults.  It will therefore be ironic and unrealistic to seek success against violent extremism without the frontal role of women and girls.”

According to him, as the threat of violent extremism descends towards coastal states from the Sahel, Ghana faces potential threat of recruitment and radicalization. Already, attacks in three countries – Burkina Faso, Mali and Niger – have increased fivefold since 2016, with more than 4,000 deaths reported in 2019 alone. Ghana’s strong interaction with and proximity to Burkina Faso, Nigeria, Mali and Niger– all theatres for terrorist violence, have in the last four years provoked predictions and fears that the country could be among the next new frontier for radicalization and attacks in West Africa.

“ For more than 5 years we have worked with local communities, state and non-state actors to deepen understanding around violent extremism and its drivers. WACCE’s PVE programs have helped to stop more than 22 individuals from joining terrorist groups.”

Mr. Muqthar revealed that with the support of the US Embassy and other partners, WACCE has trained more than 1,800 peace ambassadors in vulnerable areas in the last 3 years to help prevent violent extremism in Ghana.

“we are confident and hopeful that this campaign will be successful in helping our country Ghana avoid the scourge of terrorism that has engulfed our neighbors in the region.”