‘We Don’t Have Time’ 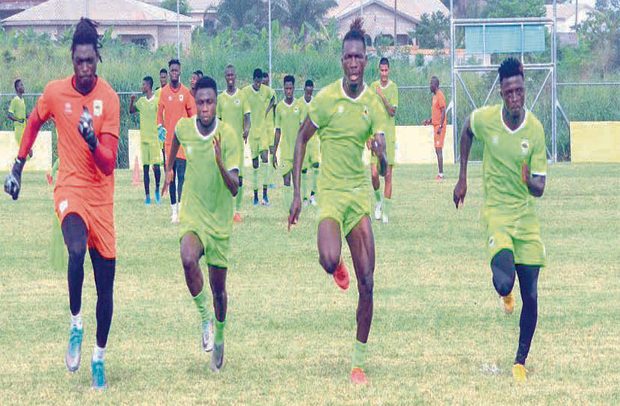 Kotoko players training a day after beating Bechem 4:0 at the Len Clay Stadium

Asante Kotoko has plunged into serious training barely 24 hours after their emphatic win over Bechem United in Obuasi on Wednesday.

According to head coach, Mariano Barreto, the 4-0 thumping does not make his charges heroes, and so proposed training right after the big win.

The win in their outstanding clash takes the Porcupine Warriors to the third spot on the league log, notwithstanding that, the Portuguese trainer bemoaned his side’s failure to record a bigger margin.

He told the press after the Len Clay clash that “… we don’t have time, we are training tomorrow morning and evening. The win does not make us heroes. The next game is a big one, we want to go to the top.”

The win is Barreto’s first since taking over the Kotoko job.

Kotoko, who have just two points separating them and leaders, Great Olympics, will host Berekum Chelsea in Obuasi this weekend.

Meanwhile, Bechem United coach Kassim Ocansey Mingle has slammed his side for their poor show saying, “They didn’t have the confidence to win. They all flopped, we will go to the drawing and find out what actually happened.”