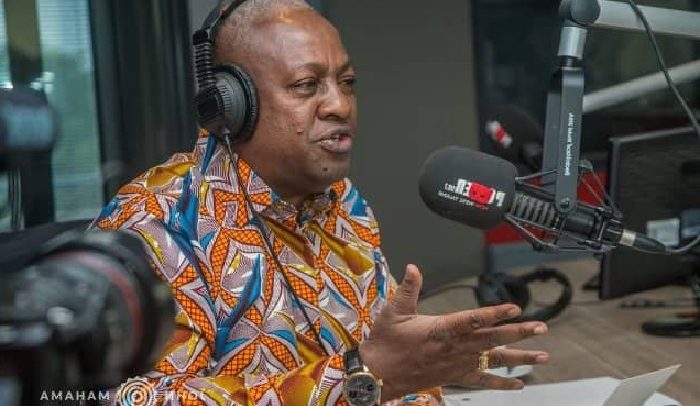 Once upon a time, the recalcitrant illegal miners were all over the place stealing our mineral resources, terrorising the indigenes and at the same time destroying the lands and water bodies.

Given the stubborn nature of the illegal miners, I predicted some time ago that it would only take a massive leadership in order to curb the menace of illegal mining.

It was, therefore, quite refreshing when the forward-thinking, serious and committed President Akufo-Addo prudently placed an interim ban on small-scale mining activities.

That was, indeed, the quintessence of massive leadership. Akufo-Addo, so to speak, did what Napoleon could not do.

Despite the small-scale miners’ endless protestations over the temporary ban on their poorly regulated activities, the unwearied President Akufo-Addo persisted.

It was, indeed, a pragmatic step to put better data and policies in place to get the sector back on track, given the level of environmental degradation amid polluted river bodies.

It, therefore, came as a huge surprise to some of us when no less a person than former President Mahama bizarrely decided to oppose the NPP government’s commendable efforts to curb the activities of the conscienceless illegal miners (See: Stop chasing illegal miners with soldiers – Mahama to government; citinewsroom.com/ghanaweb.com, 28/04/2018).

Ex-President Mahama was reported to have grouched somewhat plangently, “…it is true that if we don’t do something about it, it will destroy the environment. But we need to apply wisdom. Because we’ve chased young people involved in illegal small-scale mining with soldiers in the past in this country but it didn’t work.”

With all due respect, what does Mr. Mahama take discerning Ghanaians for? After all, wasn’t he in government for eight years and what did he do to curb the apparent menace?

If, indeed, Mr. Mahama and his NDC government deployed the military in their attempt to halt the menace of illegal mining but to no avail, why didn’t they employ alternative solutions?

So Mr. Mahama wants to tell the good people of Ghana that eight years in government was not enough to halt a canker such as illegal mining?

Why must he then criticise someone who has put his job on the line to protect our mineral resources and the environment?

Mr. Mahama was said to have shockingly pontificated, “But if we put a blanket ban and send soldiers after the young people that is not the way to go. As you stop illegal small-scale mining, at the same time you must put in place a livelihood package so that as you are displacing people from illegal mining, they have something to do…. But when there is nothing to do but you are just chasing them, shooting them, it is not the way to go.”

Deductively, Mr. Mahama was suggesting that the security personnel should cease chasing armed robbers with guns and rather offer them alternative livelihoods. How bizarre?

In fact, there is an incontrovertible evidence of some galamseyers quitting their jobs and moving to the rural areas to embark on the illegal mining. A criminal shall remain so regardless.

Mr. Mahama opined, “We [NDC] decided that we will bring a new mining law that will regulate galamsey that persons who do it well will be able to sustain themselves… So immediately, the [Akufo-Addo] government must look at these regulations and come up with good policies so that those who want to do it will do it within the law.”

I could not agree more with Mr. Mahama. Indeed, better data and policies are needed to get the sector back on track.

But the all-important question we should be asking Mr. Mahama and his NDC government is: why did they fail woefully to arrest a quagmire such as illegal mining in eight years in office?

It is absolutely true that potential economic benefits (employment, tax revenues and development outcomes) can be derived from small-scale mining sector in Ghana.

We cannot also deny the fact that small-scale mining is a significant contributor to the economic and social well-being of many people and households in rural, remote and poor communities in Ghana.

But that said, in order to achieve the maximum benefit, it is extremely important that society as a whole shows interest in promoting and strengthening the role of small-scale mining in national development.

In addition, the effective implementation of regulations and fortifications towards the developmental potential of the sector must be the topmost importance to the regulating authorities.

It must also be emphasised that societies at large has been both positively and negatively affected by small-scale mining.

The positive effects include the promotion of efficient resource use such as extracting ores from small deposits or from tailings, and thus providing the rural folks and other small-scale miners with sustainable incomes.

On the other hand, the negative effects include, among other things, environmental degradation, water pollution, the release of mercury and other toxic and hazardous wastes into the free environment, and unforeseen social tensions that can lead to civil unrest.

On the preponderance of probability, the negative effects outweigh the positive effects, and therefore it is prudent for any serious, committed and forward-thinking leader to put tabs on the activities of the unscrupulous illegal miners.

Sadly, however, it is being reported that a number of seized bulldozers have gone missing, while the lunatic fringe of the illegal miners are back in business following the lifting on the ban on the small-scale mining. How unfortunate?

In fact, some of us, as a matter of principle, do not want to accept the weird story that some seized bulldozers have vanished without a trace.

We should, however, take solace in the fact that some suspects have been nabbed and assisting the police in their investigations.

Given the criminal intent of the illegal miners, we are more than ever urgently asking our military power to combat the menace of the impenitent nation wreckers who are bent on stealing our natural resources and destroying the environment.

Tags: columnist, Why Mahama Cannot Exonerate Himself From The Insurmountable Challenges In Galamsey Fight (1)
Share this article:
Previous Post