Why The West Is Morally Bound To Offer Reparations For Slavery 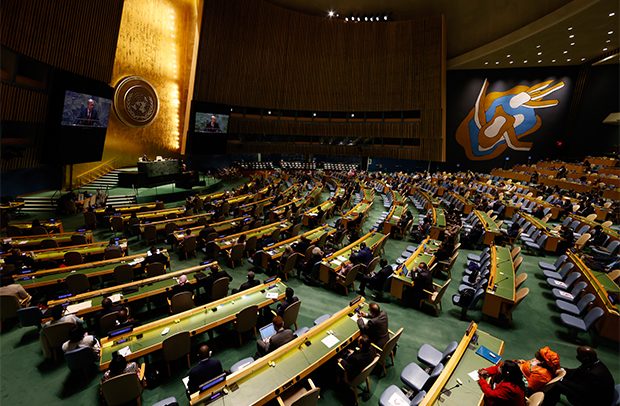 The 20th anniversary of the UN World Conference on Racism, held in Durban, South Africa, in 2001, will be celebrated this August. There was much discussion at the conference about reparations to Africa for the Trans-Atlantic Slave Trade, in which millions of Africans were captured to provide free labour in North and South America and the Caribbean for over four and a half centuries.

Unfortunately, the conference was overshadowed by the 9/11 attacks on the US several days after it ended. The question of whether reparations should be paid to the continent of Africa for the Trans-Atlantic Slave Trade is still being debated.

It is unlikely that former Western slave-trading countries will engage in reparative measures in the near future. The turn toward authoritarianism, xenophobia and racism in Western democracies makes it unlikely that even well-intentioned governments will propose reparations to Africa.

But, despite these political changes in slave-trading nations, there remains a strong case for why the fight for reparations shouldn’t be abandoned.

Apology For The Slave Trade

A 2005 United Nations document discusses different aspects of reparations, including apologies for past harms, the right to know the truth, and financial compensation.

Over the past 15 years (following the 2005 UN report), there has been no progress on these issues, not even over the issuing of an apology.

None of these amounted to an apology. Nor has the US issued one. President Bill Clinton acknowledged the horrors of the slave trade in 1998 during a visit to Uganda. But he didn’t apologise. On a visit to Senegal in 2003, President George W. Bush said that the Trans-Atlantic Slave Trade had been one of the greatest crimes in history. Again, there was no apology.

Some people might object to their government apologising for the slave trade on the grounds that neither they, nor their ancestors, were involved. But as the late Kenyan-American scholar Ali Mazrui argued, if you are a citizen of a country, you must take on its responsibilities as well as its benefits.

Western slave-trading countries have a moral, if not a legal, obligation to apologise.

A Truth Commission On The Slave Trade

One way to identify the responsibilities of former Western slave-trading states might be through a truth commission on the slave trade.

Critics might argue that such a truth commission should discuss all actors in African enslavement. About 14 million people were taken from Africa in the Trans-Atlantic Slave Trade, but another 10 million were taken in the Arab trade.

Africans also participated in the Trans-Atlantic Slave Trade and held their own slaves. The Nigerian writer, Adaobi Tricia Nwaubani, was shocked to learn that her great-grandfather was a slave trader, selling slaves to Cuba and Brazil after the trade was abolished by the US and Great Britain. When her great-grandfather died, six slaves were buried alive with him.

Acknowledging both Arab and African participation in enslavement, a truth commission on the slave trade could explain that internal African slavery was generally much more benign than American slavery. Enslaved people within Africa were frequently incorporated into the families of their owners. Similarly, Arab slave-owners were more likely to free enslaved children than were Western enslavers.

This type of information would counter arguments that the Trans-Atlantic Slave Trade was no worse than internal African slavery or Arab slavery.

In any event, the fact that other entities committed similar wrongs is not an excuse for a perpetrator state not to apologise.

Similarly, do Arab countries and African slave-traders owe reparations for their part in the slave trade? The case of philosopher Anthony Appiah is instructive. He is of mixed Ashanti (Ghanaian) and British ancestry. Both his British and Ashanti ancestors traded in slaves. Do the Ashanti owe reparations to other ethnic groups within Ghana from whom they took slaves?

As with apologies, however, these questions don’t absolve Western slave-trading powers of their particular responsibilities. The US, the UK, the Netherlands, France, Spain and Portugal still bear collective ethical responsibility for the wrongs their societies committed in the past.

Yet, even if these countries are responsible to pay financial reparations, critics might ask who should be the recipients of reparations. It is now possible through genetic research and research on slave-trading ships for Western slave-trading countries to determine where the bulk of their captives originated (for example Ghana, Nigeria, Senegal or Angola). Western states could then compensate those countries.

Western critics might still ask why they should pay reparations to Africa. The Trans-Atlantic Slave Trade ended in the mid-19th century.

In reply, some scholars and activists argue that, without the slave trade, Africa would be much more developed today. Moreover, the West could not have developed without the trans-Atlantic trade. According to this argument, Western slave-trading states should compensate African states because the West developed while Africa was actively underdeveloped.

The small amounts dedicated to this type of reparation would not satisfy advocates who argue for reparations in the billions, even trillions, of dollars. But they would at least be a material acknowledgement of the harms the slave trade caused.

The question of whether aid should be part of the equation also raises a host of tricky issues. Have, as some might argue, Western countries not already compensated for the slave trade via foreign aid? And what of the misuse of aid which has been stolen by corrupt governments?

Whether reparations or aid, the same problems of mismanagement, lack of transparency, and corruption emerge.

Whatever celebrations the UN organises to mark the 20th anniversary of the Durban conference, former Western slave-trading states bear moral responsibility to offer reparations to Africa.

Apologies, a truth commission on the Trans-Atlantic trade, and symbolic financial compensation will not solve the problems of Africa’s continued underdevelopment. But they would at last constitute an admission that the West should never have engaged in this trade. They would also be an acknowledgement of the West’s responsibility to try to remedy the continued legacy of the slave trade in Africa.

BY Rhoda E. Howard-Hassmann, Professor Emeritus, Department of Political Science, Wilfrid Laurier University. This article is republished from The Conversation under a Creative Commons licence.