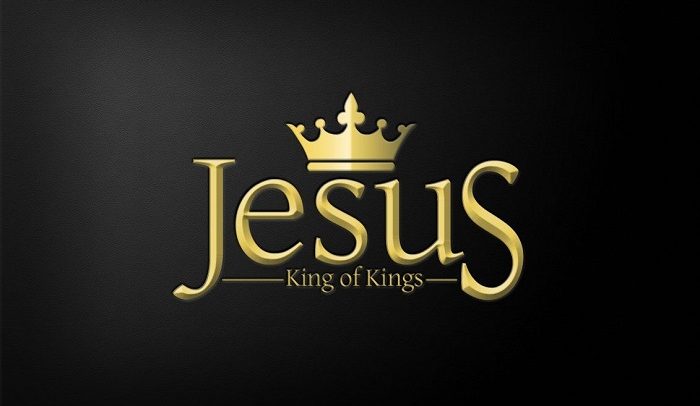 WTHE WORLD’S most powerful person, Jesus Christ, came into the world to preach the message of grace and truth. After fulfilling His earthly assignment, Jesus Christ was taken up to heaven. And while witnesses “were gazing into heaven as He went…two men stood by them…and said, ‘Men of Galilee, why do you stand looking into heaven? This Jesus, who was taken up from you into heaven, will come in the same way as you saw him go into heaven” (Acts 1: 10-11).

But hundreds of years after His ascension, Christ has not returned. As a result, unbelievers have claimed that Jesus Christ does not exist or He is just a myth. Others have questioned the accuracy of biblical promises. Well, the apostle Peter foresaw that scoffers would come in the last days…They will say, “Where is the promise of his coming? For ever since the fathers fell asleep, all things are continuing as they were from the beginning of creation” (2 Peter 3:3-4).

Yes, ever since the promise was made, all things have been continuing: people are being given in marriage, there is buying and selling, sowing and reaping, people are getting education, the sun is always rising and setting, the wind blowing, beautiful houses are being built and the gospel is being preached, yet Jesus Christ has not returned. Will He really come? Can we continue to trust the promises of the Bible?

Again, Peter reminds us “that with the Lord one day is as a thousand years, and a thousand years as one day. The Lord is not slow to fulfil his promise as some count slowness, but is patient toward you, not wishing that any should perish, but that all should reach repentance. But the day of the Lord will come like a thief…” (2 Peter 3:8-10).

Now, let not the scoffer, who has no understanding of their beginning and how the world existed, be deluded by the meaningless views of evolutional theorists and question the authority of the Word of God. It is even unfortunate that some bishops have been making false eschatological claims that Jesus Christ will not come again, and that people should live their lives, make money, drink, eat and enjoy themselves.

These bishops who are leading many Christians astray often quote Matthew 16:27–28 to argue that Christ failed to come as He promised. But they teach it out of context and without being carried along by its Author, the Holy Spirit, who gives illumination and revelation. Now, let us read the words of Jesus to His disciples as recorded in Matthew 16:27-28.

“For the Son of Man is going to come with his angels in the glory of his Father, and then he will repay each person according to what he has done. Truly, I say to you, there are some standing here who will not taste death until they see the Son of Man coming in his kingdom.”

Many misinterpret these words to mean that Jesus Christ was talking about His second coming to judge the whole world. This explanation is erroneous and incorrect. How could the first disciples, who had no mass media, preach the gospel throughout the world in fulfillment of Matthew 28:18-20 to enable Jesus to return to judge the world in their lifetime? Even in this age of media plurality with thousands of preachers, many nations still remain unreached with the gospel.

You see, we need to pray and be carried along by the Spirit of God in order to understand the Word of God. The Scripture above clearly speaks about the death, burial and resurrection of Jesus Christ. To understand it, read from Matthew 16:21 where it says, “Jesus began to show his disciples that he must GO TO JERUSALEM and suffer…be killed, and on the third day be raised.” Then, Jesus continued from verse 27 where He said, he was GOING TO COME with His angels.

But where was He going to, and where would He come from? We have read that He was going to Jerusalem and be killed and buried, that is, He was going to leave the world temporarily. And then, on the third day be raised, that is, come back. We also know that Jesus came back from the dead with angels as angels were seen at the tomb.

And when Jesus was raised, people in His day were repaid according to what they had done. What was expected of those people to do was to believe in Jesus Christ. That was the work they were expected to do to be rewarded (John 6:28- 29). And so those who believed in Him were rewarded with the gift of the Holy Spirit on the day of Pentecost as recorded in Acts chapter two. But the unbelievers were denied the Holy Spirit. That was just judgment.

Finally, we are convinced that some of the people Christ spoke to could have died within the three days, but many did not taste death until they saw Jesus Christ coming from the dead in his kingdom – majestic glory, beauty and power.

It is now clear that Matthew 16:27-28 has erroneously been taught by many. Jesus Christ exists and His promise to return to judge the world will surely be fulfilled. This is why many medical doctors, lawyers, journalists, farmers, businessmen and women have abandoned their professions to preach the glorious gospel after encountering Him. Preachers are not fools; they have superior wisdom. Remain, therefore, in faith and love for the coming of Jesus Christ. Lord Jesus, come!

Asare Opoku, An Intellectual With His Feet Planted Firmly On The Ground (2)