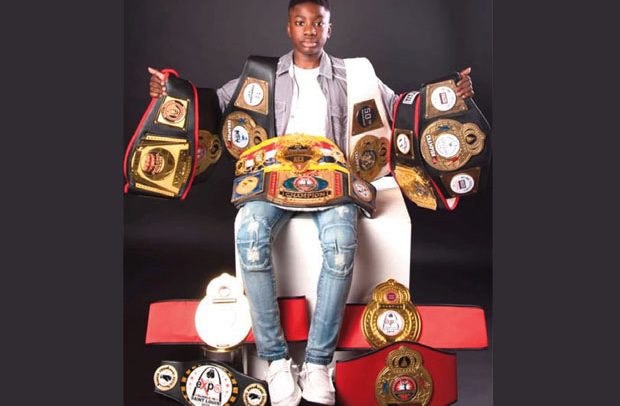 Exciting young boxer, Joseph Awinongya Jr., with seven national boxing championships to his name, has announced that he will like to become a medical practitioner once he hangs his gloves up.

He has already moved a step closer to his dream after being nominated for the Joliet Chamber Scholarship Award and gained admission to the Joliet Junior College.

Awinongya Jr. has become one of the most exciting young boxers of recent years. The accomplished seven-time national boxing champion who had received several honors over the years including being honored by USA Boxing, Illinois Association, for becoming the 2020 National Silver Gloves Champion, could not hide his joy when he received the news of his admission the Joliet Junior college.

The young boxer, who has taken the boxing world by storm and continues to make his family and fans proud, wants to dedicate his future to medicine. After seeing the brave fight by nurses and doctors against the Covid-19 Pandemic and also seeing how the medical professionals help children who have contracted HIV at no fault of theirs, wants to become a medical practitioner.

He has therefore taken nursing at the Joliet Junior College as his first step to achieving that dream of becoming a medical practitioner after he hangs the boxing gloves.

The 13-year-old boxer and arguably the most written about juvenile boxer of his generation has currently been nominated for the Joliet Chamber Scholarship award and looking forward to securing same to pursue his future career after boxing.

Awinongya Jr, who has become an inspiration to young people, hopes this news will encourage other young people to follow their dreams. Since the news broke, the boxer has received a great deal of support from his fans. Some fans have commented that the young boxer continued to break the mold, and this latest news would help others to follow in his steps.

He says that he is also motivated and inspired by the tremendous support he receives from Alhaji Inussah Sally, who is a businessman, a philanthropist and patron of Ghana boxing who plays a father figure in his life; Ghanaian celebrated boxer and boxing Hall of Fame personality, Professor Azumah Nelson; and Asamoah Gyan, the former Black Star skipper.

Bearing in mind the task associated with college education, Jojo, as they affectionately call him, has pledged and renewed his commitment not to take his eye off the ball for the 2028 Olympics while he studiously pursues his college education. He aims to win big at the Olympics and go on to win world titles before practicing his chosen future career.